Get all managers for a user - company hierarchy structure

How to get a list of all managers for a users?

Any API's or existing connectors that I can use to achieve that?

The hierarchy is already in place in AD

There is not a single API call that will walk up the hierarchy for you. But both Power Automate and the Graph API can retrieve a given user's Manager. Screenshot of the Get Manager action in Power Automate under the O365 Users category below: 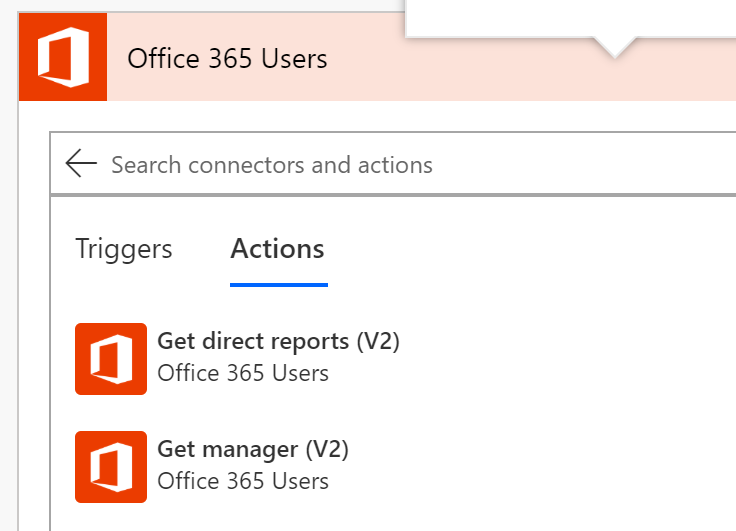 To walk up the hierarchy, start by Initialize a variable of type string named something like lookupManager and set its initial value to be the current/chosen/selected user. Then Initialize a variable of type Arrary named something like managerChain. Then create a Do until loop set to run until lookupManager is null. Inside that loop, execute the Get Manager with the lookupManager as the input. If that action returns Success, then set foundManager to the newly found manager and also append it to your managerChain. In a parallel branch if the Get Manager action failed, then set foundManager to null which will cause the loop to stop. 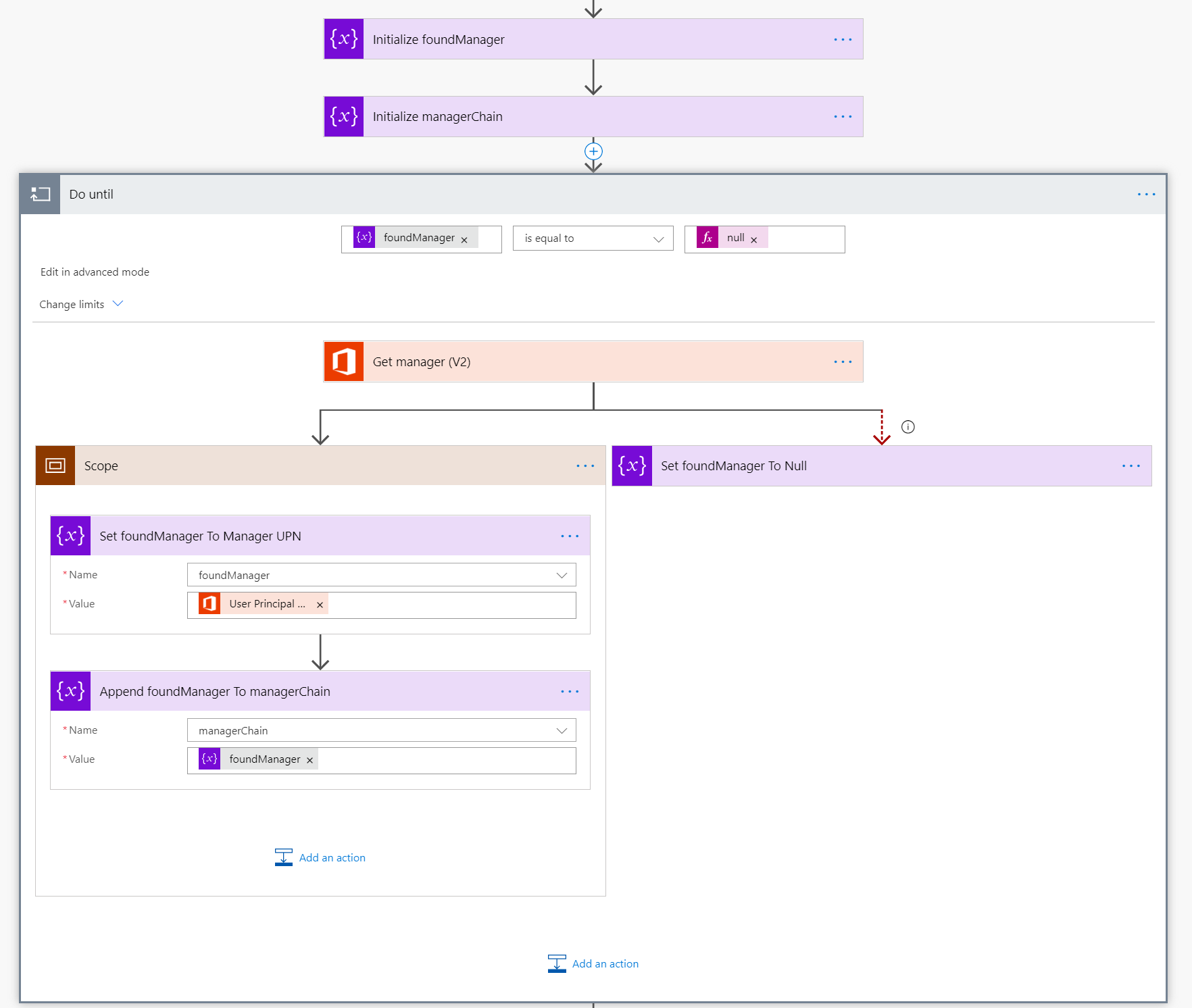 Not the answer you're looking for? Browse other questions tagged flow api powerapp azure-ad-graph-api or ask your own question.

0
How to return an existing column value from sharepoint to flow?
2
SharePoint REST and Power Apps
0
Flow to add user to old school SP People and Groups using REST API?
1
flow unable to send digest email to more than one assigned to user for a task assigned
0
SPO Person or Group users pickers field
0
API to get all users with specific text in profile
0
How to use rating for SharePoint List in PowerApps
0
Get all groups for a user? (by user name)
1
Get primary admin for SP site via Graph