I'm trying to display a list view inside a client web part (for SharePoint hosted App). The below code will work inside an app page but does not render in a client web part. There are no errors being surfaced - the web part itself seems to render but there is no content. I am quite sure I'm missing something trivial, but it's escaping me at the moment.

Just to show - this is a small screenshot of the rendered page with client web part - the web part itself is rendering - but no list data: 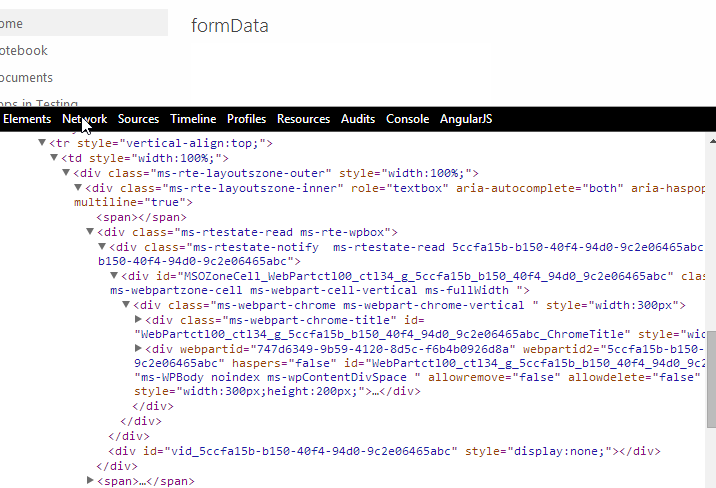 Ok - making some progress. Instead of using the default webpart page created from VS I pointed to the existing app page that does render. You have to add

The difference with this page - it inherits the app masterpage and the controls are in <asp:content> tags. So - I'm assuming in my page where I'm not inheriting the MasterPage I'm missing either an control reference or a javascript library that I get with said MasterPage. Still working so more to come.

Still at a loss as to why it wont work from Client App Part standard page vs a normal App Page. The only difference appears to be with the master page reference, but even toying around with the referenced assemblies and javascript libraries I can't get it to render. The down side of using the App web page is you still get all the overhead of the master page.

You're including a WebPartManager in your app part, and presumably there's already one on the page you're adding it to. These load various bits of JavaScript, and if I recall correctly having more than one per page causes problems. You might see JavaScript errors if you open your browser's developer tools.

I believe this problem is the same one I have seen creating App Parts styled using SharePoint typical CSS, as far I am aware the cause is that SharePoint doesn't load the master page and usual CSS in the App Part iFrame automatically.

In apps I have written I have added the following JavaScript into the section of any AppPart.aspx pages used:

MSDN explains why this is required https://msdn.microsoft.com/en-us/library/office/fp179921.aspx:

Use the SharePoint style sheet in your app part content

And while I pulled that code snippet from one of my apps, I'm sure I didn't originally write it so I probably got it from here: http://jeffreypaarhuis.com/2013/03/22/how-to-create-an-app-part-in-sharepoint-2013/

Not the answer you're looking for? Browse other questions tagged web-part sharepoint-addin sharepoint-hosted-app or ask your own question.

3
Web Part error for preloaded web part zone
0
Add WebPart to page and lock it down (except for editing)
4
How to get SharePoint 2013 App Part ID (ClientWebPart ID) from the app part through client side script (javascript)?
3
SharePoint hosted app part is not loaded with error "Refused to display <App URL> in a frame because it set 'X-Frame-Options' to 'SAMEORIGIN'"
11
_spPageContextInfo is undefined in client web part
3
Upload script to SharePoint Online Web Part
0
Adding client part giving - Working on it
0
How to update a Client Web Part / App Part?
1
SharePoint hosted app part cross domain error