I had created a form and link to a form library, but when i click on new document it show me this dialog box with URL 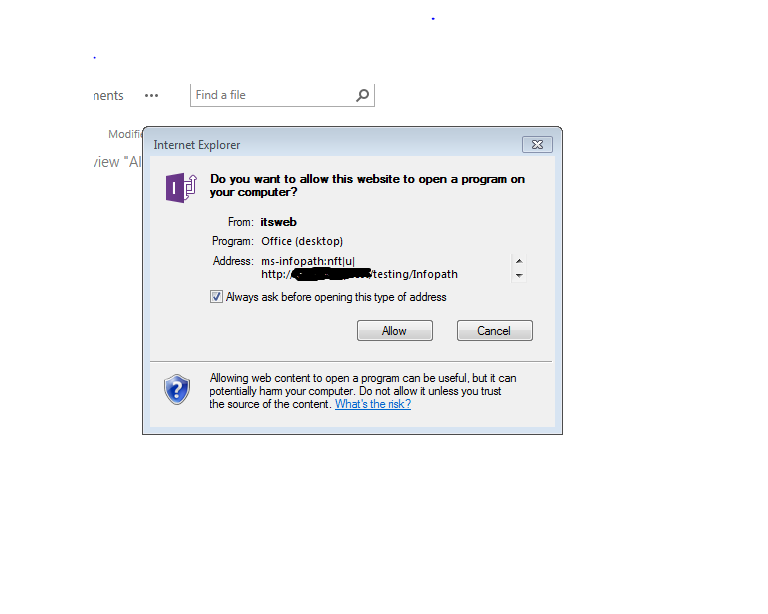 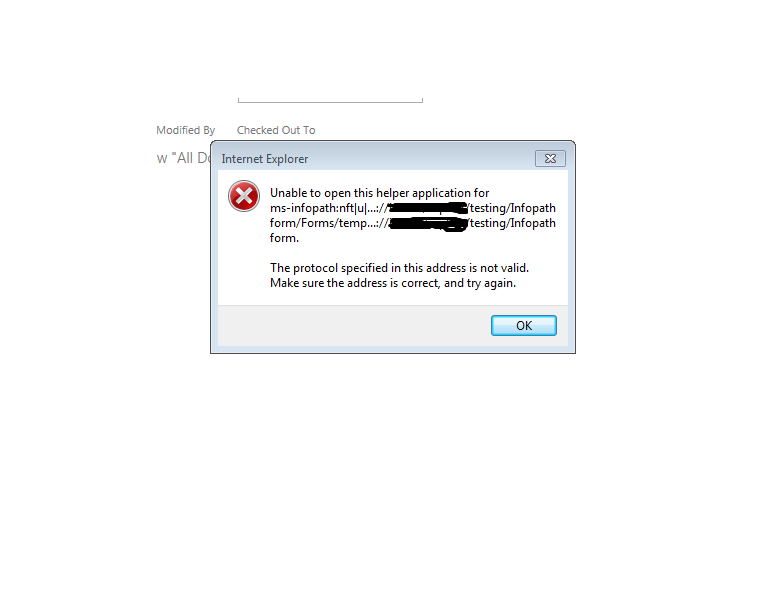 and then it open InfoPath form after submitting it does't not insert any value in the Form library. In my case

I have seen this issue when SharePoint Designer 2013 is installed with a mixture of Office 2010 applications.

The issue can be reproduced at will in my environment. If you do in fact have Office 2010 and cannot upgrade to Office 2013 for some other business reason I have found that installing SharePoint Designer 2010 alongside SP Designer 2013 makes this functionality work as expected.

However, Consistent versions of Office applications is recommended, and using InfoPath 2013 for SharePoint 2013 is recommended and required in some cases.

I would pursue getting Office upgraded to 2013 if your scenario is the same as I am observing in my environment, otherwise try installing SP Designer 2010 until someone fixes the SP Designer 2013 installation.

Not the answer you're looking for? Browse other questions tagged sharepoint-enterprise sharepoint-foundation infopath or ask your own question.