How to View or Open List Created in AutoHosted App?

I am trying to create AutoHosted app, in that I have created Custom list in my VS project.

After this I published the app and uploaded the App file to the O365 app catalog. But I am not able to open my list which I have created in my project.

I am trying to open list using this URL:

If you want to open the list which you have created it in visual studio the URL will be as follows:

But I still don't know that what I should type in my code. Because I can't have static URL in my code, in that I have used :

It redirects the URL which I have mentioned above. So any idea for this.

The above link will of course depend on where you have installed your app but you should be able to work it out and it will be different for everyone. 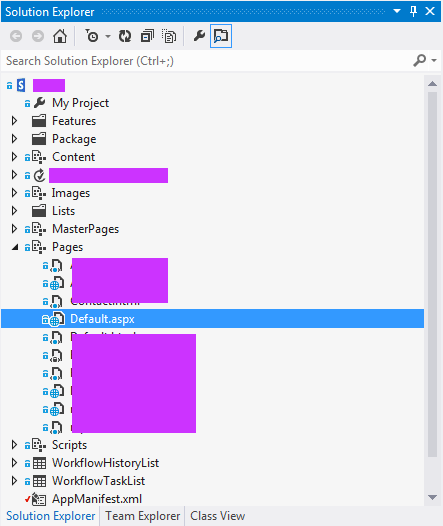 Not the answer you're looking for? Browse other questions tagged 2013 sharepoint-addin autohosted or ask your own question.

1
List could not be found at site in autohosted app
3
Accessing files in SharePoint AutoHosted App 2013
2
How to add list view on application page of appweb in SharePoint Autohosted app?
1
Using Remote event receiver on list item adding create SPGroup in Autohosted App
0
Access list from SharePoint App in another SharePoint App
3
No Apps Currently available, office for apps using Azure Web Site and office 365
0
Where are my lists created by my App
1
link to list in "View Site content" is corrupt
2
Error In a list after upgrading my Sharepoint app