I am attempting to do conditional formatting in a list view in SharePoint Designer. In this list I have a list that contains a lookup column, and other columns derived from the list of that lookup column. In the source list, the columns Hours, cycles, APU Hours are all numbers; Date In is a date (asterisks are there to draw attention) 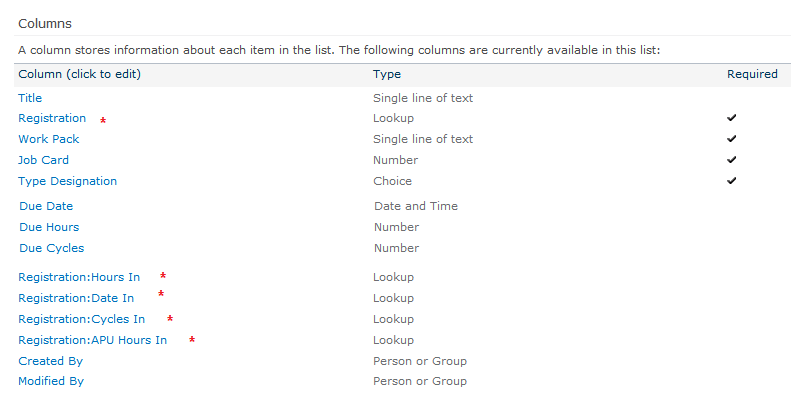 The data in the list/view is pulling correctly, but does not appear to compare when building the condition in SharePoint Designer

The clause in the condition appears as such in xpath notation: $thisNode/@Due_x0020_Hours. <= @Registration_x003a_Hours_x0020_I

You will probably find that the lookup is stored as a link back to the original list item so you will need to remove that additional formatting before you can do a comparison.

Something like this should remove any HTML tag around the value:

Not the answer you're looking for? Browse other questions tagged 2010 sharepoint-designer lookup-column formatting or ask your own question.