In Microsoft's infinite knowledge it appears as though they force all emails to be sent as HTML in SharePoint 2010+. This is causing a great deal of pain as the emails that are sent from the SharePoint workflow are being 'consumed' by a mechanism and input into SQL. I have gotten an HTML stripping function added to my SQL server so that it can read the emails properly but some of the emails send as iso-8859-15 and some send as utf-8 despite my setting the 'outgoing email' charset to iso-8859-15. The UTF-8 emails are getting a base-64 encoding on it which is causing the emails to get jarbled by the consumption mechanism.

TLDR - I believe that if I were able to send all emails from workflows as plain text my woes would be forever gone. Is there a way from SharePoint Designer 2010 to force emails to send as plain text?

I found this article and AsherNotts states that he can use a string builder to strip the HTML but I do not understand how?

I don't know about sending emails plaintext, but to strip HTML you edit the properties of the send email action.

Then edit the HTML of the email body directly you can use the string builder (ellipsis). 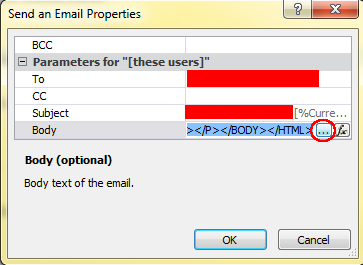 there is an old codeplex component that you can tweak to do this.

i have this working with SharePoint 2013 on-prem.

you have to remove line

from the common.cs file and recompile it.

then in your work flow, instead of using an out of the box email task, you use 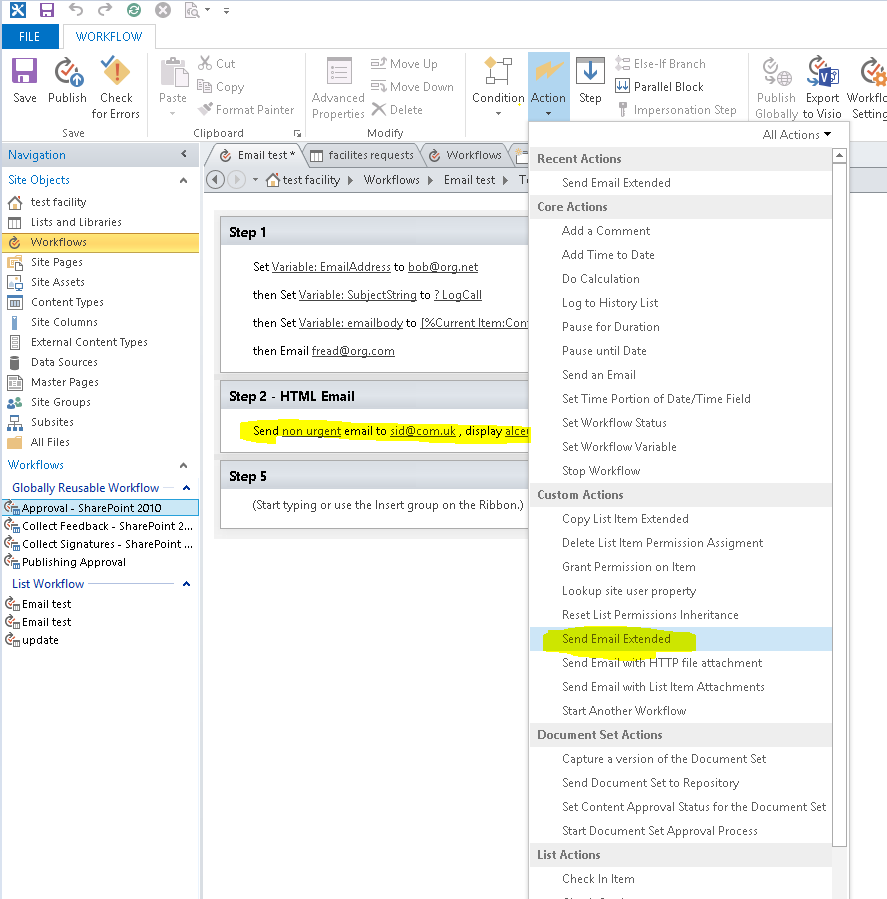 Not the answer you're looking for? Browse other questions tagged 2010 designer-workflow email html or ask your own question.