I've discovered a problem when a Visual webpart's g.cs appears to be empty. I'm using Visual Studio 2012 Update 3 and a project for SharePoint 2010.

The steps to reproduce the problem:

I've tried the same steps on different environments and the results are the same. 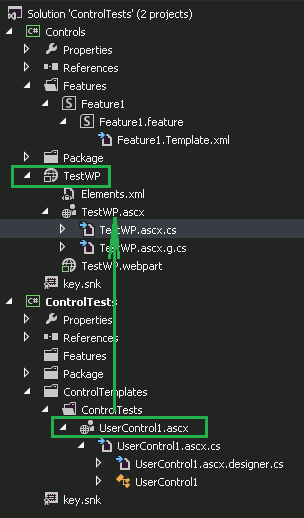 I know there are several workarounds like adding an old Visual Webpart template to the Visual Studio or adding controls from codebehind etc.

I am curious if there is a fix for that? I am pretty comfortable with these visual webparts and I wish I could continue using them. Thank you in advance!

Update: As incredible as it seems, this problem is still present in Visual Studio 2013...

As you mentioned, you can copy visual web part template from VS 2010 to VS 2012. IT doesn't look fixed in 2013 either, however I don't see this being fixed as a matter of urgency.

This may be unrelated, but did you put a proper URL in your project's Site URL field, and can you properly deploy and activate an empty solution from VS?

I find that the designer files are not generated properly if my site URL is faulty (VS can't connect to it) or if I lack the permissions to deploy and activate a solution from within Visual Studio.

This one worked for me:

In my case, Custom Tool property was empty and because of that there was no sign of a g.cs file.

This article is a workaround for this problem.

Not the answer you're looking for? Browse other questions tagged 2010 visual-web-part user-controls visual-studio-2012 or ask your own question.