When we create a new app in Visual Studio, we are given the option to select an hosting model: 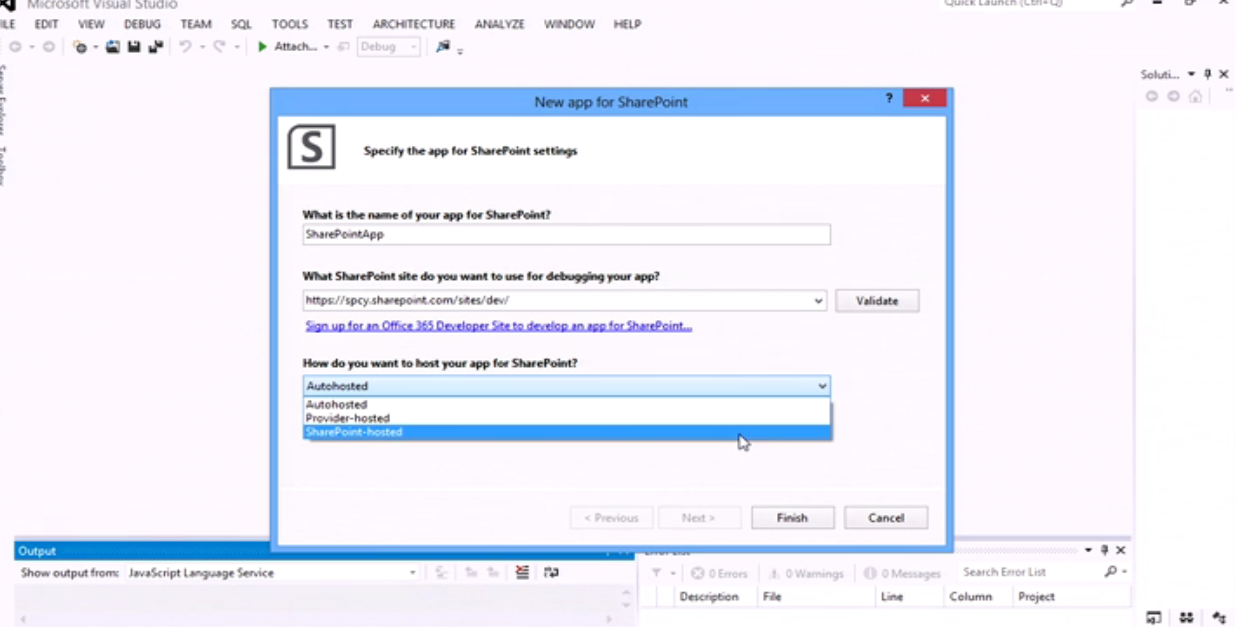 What are the differences between the various models?

So, a quick introduction of the different hosting options. It is really based on your requirements which one you should / need to choose.

All quotes and images from MSDN:

Provider-hosted apps for SharePoint include components that are deployed and hosted outside the SharePoint farm. They are installed to the host web, but their remote components are hosted on another server.

So, there you go! Now you should have enough info to determine which option to choose.

As a default I would choose SharePoint hosted. If you can't live with the restrictions on hosting the app on SharePoint, then go for either autohosted which will put it in the cloud for you and still have some restrictions or Provider hosted where you'll have to source you own server to host it on but have full control.

Not the answer you're looking for? Browse other questions tagged sharepoint-addin or ask your own question.

4
What is the difference between auto hosted, provider hosted and sharepoint hosted app?
1
Which is the main differences between sharepoint apps?