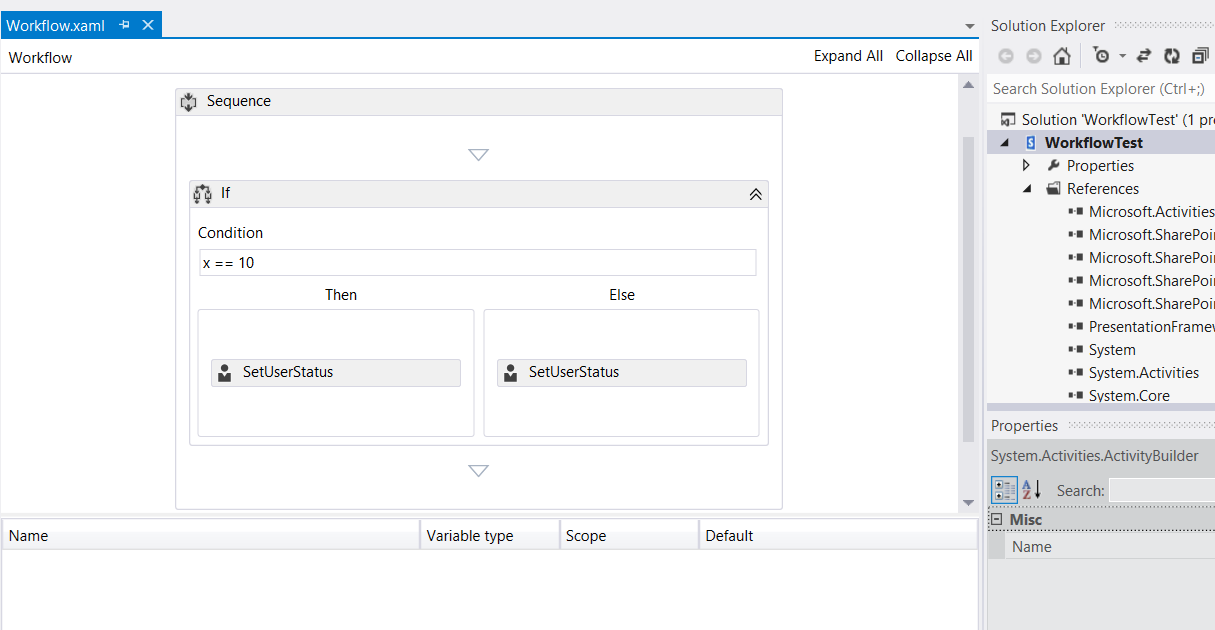 I can deploy it, and it works. I then try to open it with SharePoint designer:

However, the steps/activities/stages are missing. How come I'm not seeing the sequence I've created in Visual Studio in the designer? Shouldn't I see at least an IF statement?

Additionally, it does not work when I try it vice versa. Steps I took:

The workflow activities/actions are in separate assemblies, and each tool references a different one.

I have some tips on my site (http://www.schaeflein.net/setting-workflow-status-in-visual-studio-and-sharepoint-designer/) about referencing the SPD actions in VS. However, making changes to the SPD workflow in VS is not something that is advertised as an option.

I have successfully included an SPD workflow in a Sandboxed solution, but I did not make changes.

Not the answer you're looking for? Browse other questions tagged sharepoint-designer workflow 2013 visual-studio designer-workflow or ask your own question.