Is it possible to package, deploy, and use my own image for a ribbon CustomAction in a SharePoint-hosted App for SharePoint 2013

I've been working on a SharePoint-hosted app for SharePoint 2013. In order to "extend the reach" of the app a bit, I've included a CustomAction that will add a button to each document library's ribbon in the host web as demonstrated below.

The XML being used to create this CustomAction is nothing particularly special:

Where I'm struggling, though, is with the Image32by32 and Image16by16 attributes. By default, they point to an orange dot placeholder image found in the _LAYOUTS folder. I want to use my own images (that are deployed with my app), but I can't find a way to do so.

With a SharePoint-hosted app, I don't have the option of placing elements in the _LAYOUTS area. By definition (or at least my understanding of it), I can't place/provision anything in the host web, either. The best I can do is place images and other items into the app web.

I've attempted to use the ~appWebUrl token to reference images I'm deploying into my app web, but this token isn't parsed/processed. Relative image references (such as /images/myimage.png) reference the host web rather than the app web, as well.

I don't see any way of using custom images for the Image32by32 and Image16by16 attributes short of employing something like an absolute URL to pull each image from a web-based location (e.g., http://www.myhost.com/images/myimage.png).

Am I missing something? Has anyone successfully used their own app web image resources in this sort of scenario?

Fun stuff, I was checking this site since I stopped answering SO SharePoint questions for a few years now and this was the first thing in the list, a very interesting oversight during the "host web Feature" option for CustomActions.

What a detailed investigation! Luckily I have a solution for you.

With Microsoft dropping browser support for IE7 in 2013 you can simply make use of data URIs for your images without worrying about lack of support.

I took the opportunity to convert both of yours below 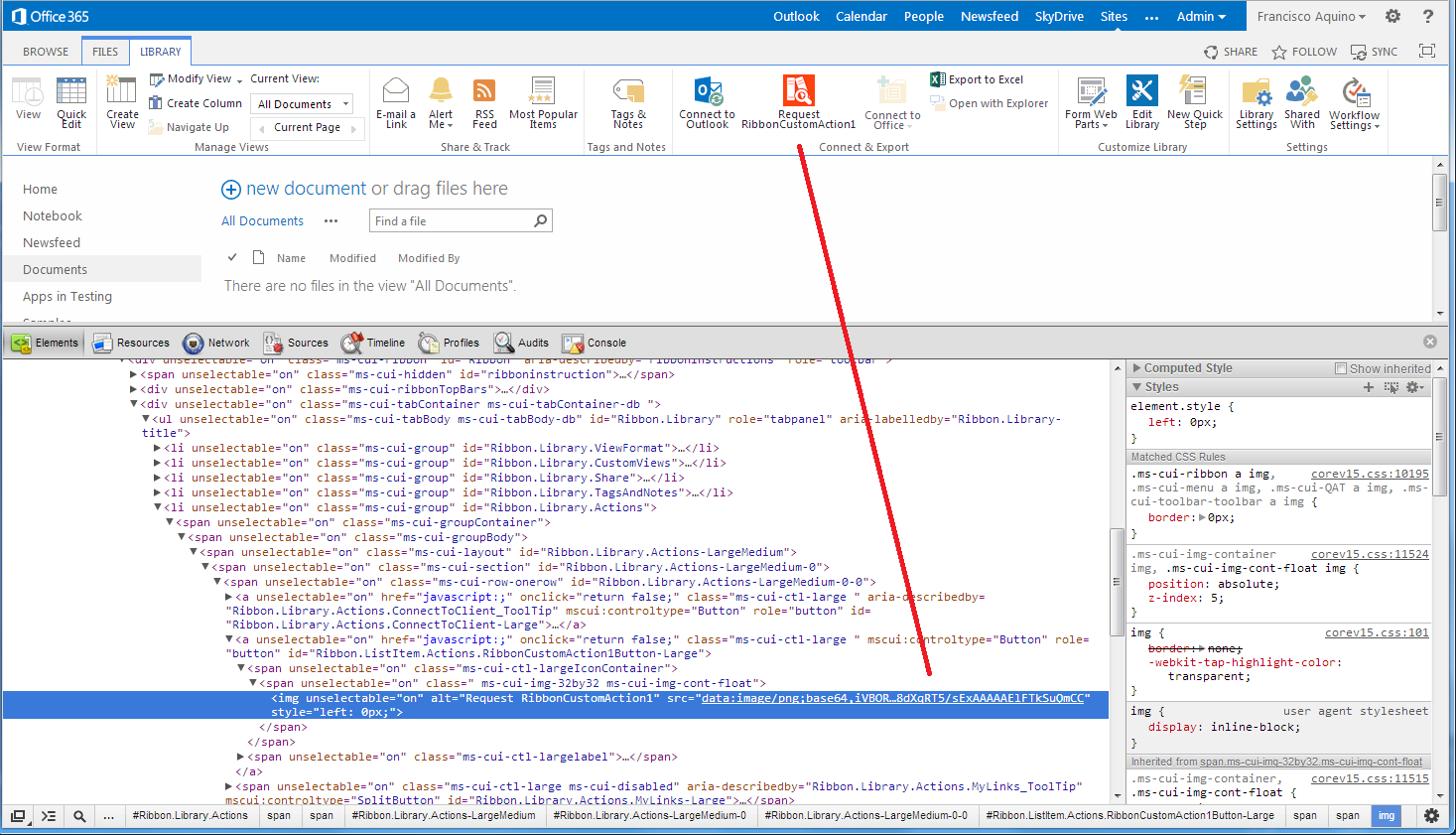 I didn't really expect anyone to "chase this down" for me, so I spent some time doing a lot of digging on my own. The short answer (as of January 2013) is "no" - there doesn't appear to be any way to leverage tokens like ~appWebUrl in the Image32by32 and Image16by16 attributes. The way that the image attributes are processed is inherently different than the way the CommandAction attribute is processed.

I documented my exploration in a blog post here:

It goes into all the nitty-gritty detail of what's happening behind the scenes, as well as the work-around I ended up using.

If your SP app has a remote web in the solution, you can store the image in you remote app and use the token ~remoteAppUrl to correctly resolve the URL to that image.

For some reason MS wired up ~remoteAppUrl correctly but did not do the same for ~appWebUrl. Hopefully they will fix that in the future.

put the images in the images folder in the VS 2012 project. Then refer to the path like this

Please use "YourAppName/Images/Image32by32.png". You can check "YourAppName" by right click on the AppManifest.

Not the answer you're looking for? Browse other questions tagged development 2013 custom-action app or ask your own question.