Calculated value in Infopath is control, OOTB (out of the box), i.e. just visual container. Controls can be bound or not to data fields (and vice versa, it is possible to have data fields without there visual rendering). OOTB, when you drag'n'drop Calculated value control from ribbon in Infopath Designer (IPD), it is not bound to doesn't create a data source/field bound to control.

As such, it is impossible to copy (or submit) controls to Sharepoint, only data in data fields. One creates data fields without controls in Fields pane (former Data Source pane in IP 2007) and then can bind or not them to controls.
OOTB (update: see Update3 below), there are no data field of type "calculated value" in Infopath though you can create a data field, then use rules or default value to calculate there whatever value you want. 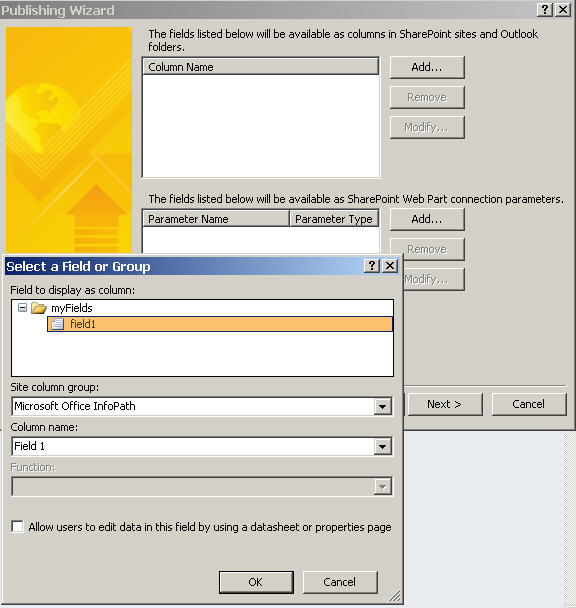 Update2:
I've just checked that if to create a calculated column in a sharepoint list first, then creating its Sharepoint List Form by pressing Customize Form button (in Sharepoint Designer or in a browser), the corresponding to it field is created in Infopath form template as a data field without any corresponding control. So, it requires creating a corresponding control (by drag'n'dropping from or right-clicking and choosing options in Fields pane) to be visible to users.

Update3:
This is funny. Unmodifiable CalculatedType appeared for a data field through creating a calculated column in sharepoint list (from sharepoint side), but it is impossible to attribute such type directly from Infopath. 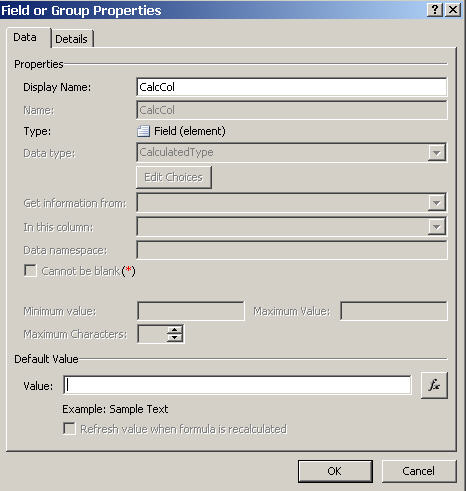 Update4 (in response to comments): I wanted (but didn't) to reply to your first comment that you probably misunderstood something in my answer. It is better if a person comes to conclusions having poked himself. Then, I had a vague vanity that your happiness will somehow pass through unbroken.

Second, if you decided to use Infopath, then try hard to use its OOTB features (behavior) without overriding them, they will be pain in the ass if you override them.

Not the answer you're looking for? Browse other questions tagged infopath calculated-column or ask your own question.

1
do Calculated columns work on an infopath form based list?