I installed SharePoint Enterprise 2010 trial version and later tried to install Project Server 2010 but encountered with the below error. 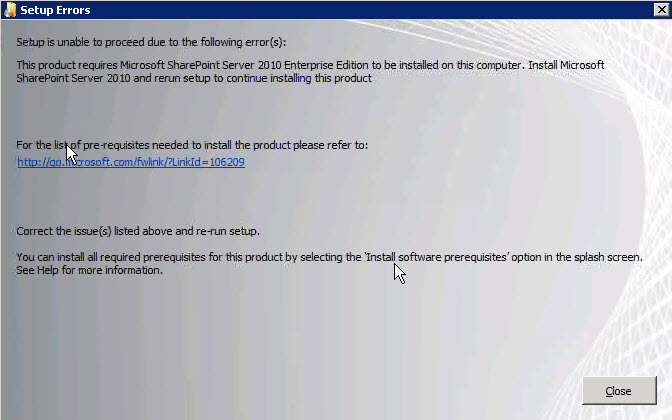 The Project Server 2010 is also trial version. I tried to install this Project Server several times but did not succeeded because of the above error.

So we must make sure whenever we install Project Server 2010 we must have SharePoint Server 2010 Enterprise CAL only.

I have also confirmed this on Microsoft Project Server web site:

The above image is an extract from: http://www.microsoft.com/project/en-us/project-server-faqs.aspx

Make sure that Enterprise features are turned on.

Not the answer you're looking for? Browse other questions tagged project-server or ask your own question.