In WSS SP2, I was able to update the farm administrators. In SPF 2010 SP1, I keep receicing the following in the ULS logs: 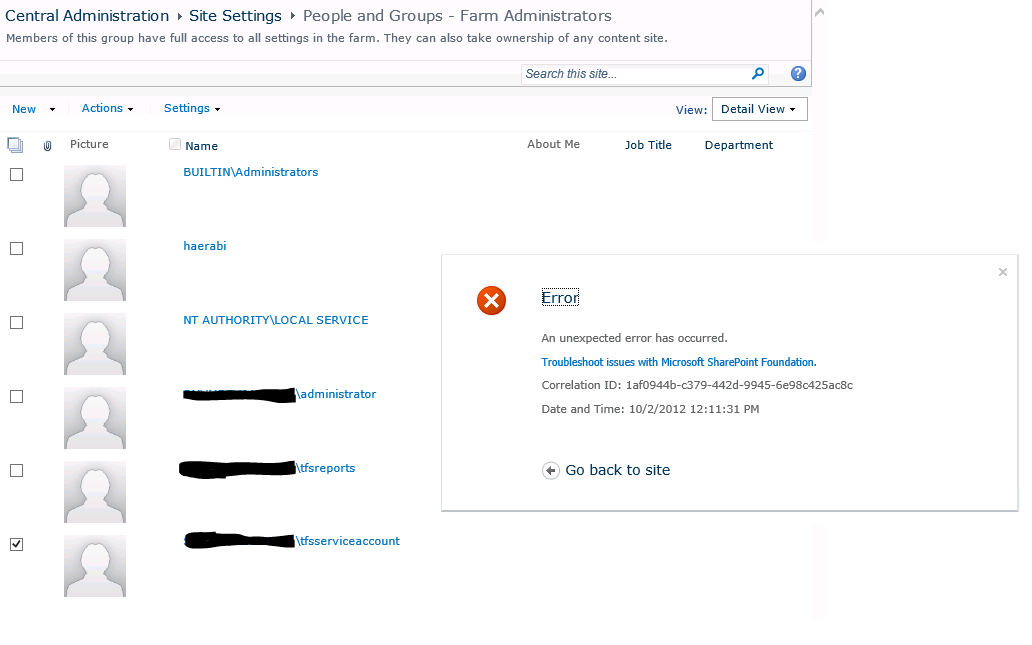 I was able to resolve this issue after running the SP Products Configuration Wizard several times.

Also, currently MS does not support installing SharePoint 2010 on Windows Server 2012. These issues I am noticing could be the result of unsupported environment.

Update: MS is now saying the installation of SharePoint 2010 on Windows Server 2012 will be supported once SP 2010 SP2 is released. Reference

SP2013 and 2012 Server: I have noticed that if I start CA via browser, it won't give me add Farm Administrators with the error:Local administrator privilege is required to update the Farm Administrators' group. Even though I use a farm account. To resolve the issue make sure that you start Central Administration from start menu.

I had this problem trying to add a Farm Admin to a new SharePoint Server 2010 Trial Version on Windows 2008r2. Without going too far down the avenues suggested above, I found a PowerShell script over here that does the heavy lifting, reproduced below. I ran this from a SharePoint 2010 Management Shell run as administrator (may not be necessary to run with elevated permissions).

Not the answer you're looking for? Browse other questions tagged 2010 sharepoint-foundation upgrade central-administration farm-setup or ask your own question.

0
MOSS 2007 upgrade to SP2 failed with "...SPFarm.Local indicates that this machine is not joined."
0
Where can I download WSS & MOSS 2007 WITHOUT Service Pack 2?
0
Outgoing Email Not Configured
0
Error Running SharePoint 2010 Product Configuration Wizard
0
Unable to add a Application Server to the existing SharePoint Farm
3
Is System Account user should be Domain Admin or Local Admin user too?
10
Products Configuration Wizard - Failed to register SharePoint Services
0
Add server to farm - missing patch / different versions numbers on the same update
0
Cannot access Local Farm from PowerShell
1
What is the correct order to install SharePoint 2010 SP2 on Three Tier Farm?