Lists and libraries are not showing in sp designer 2010 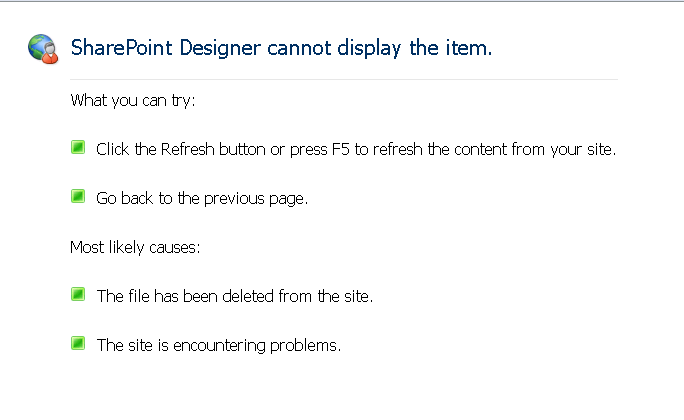 I closed the designer and again open it and clicked on the lists and libraries in the left pane. In the middle pane it is showing `

there are no items to show in this view.

I searched with similar type of questions in this site. But no one solve my problem. Thats why again asking it. Can any one faced this situation?

First, I knew a list was broken, based on symptoms reported from other posts.

I couldn't discover which list it was that was broken, so in SPD, I went to "All Files" which worked, even though many of the other Site Objects in "Navigation" didn't display anything.

I would check two things:

Not the answer you're looking for? Browse other questions tagged sharepoint-designer workflow sharepoint-enterprise or ask your own question.

4
Why isn't SharePoint Designer 2010 showing anything under "List and Libraries"?
3
Saving workflow as template and importing to another site collection is not working
0
sharepoint designer 2010 doesn't see lists and libraries
5
Importing a SharePoint 2013 workflow in Visual Studio
1
Item not showing up in Search Results