Can an InfoPath 2010 dropdown be populated by a SP List column with multiple choice values?

I have a list with a column that accepts multiple values (a "choice" type with checkboxes) and wish to display the same available choice options on an InfoPath 2010 form. I'd prefer to accomplish this without code. With a data source to the list, I can populate a dropdown with values but only those that are first in the list of values for any item displays. (e.g. ListItem1=a,b,c and ListItem2=b,c, then dropdown only displays items for a & b)

Is there a way to display ALL the available values in the comma separated values of each in List item in the form dropdown?

Update:
I believe I answered 2 questions:

Further on, the author insists on multiple self-contradicting, incompatible to each another, incorrect or incomprehensible statements and doubts which I believe the questioner should post as separate questions to avoid further mess and lengthy discussion

I cannot reproduce what you described in your question 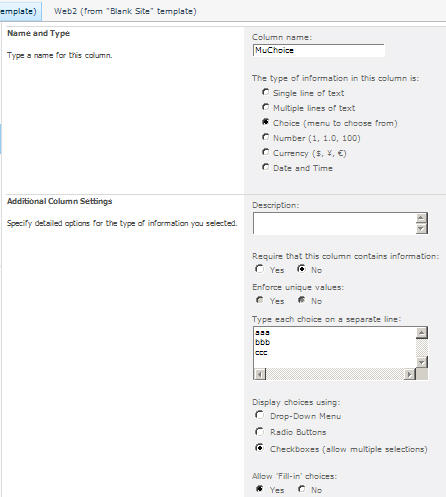 Filled it with data according to your description: 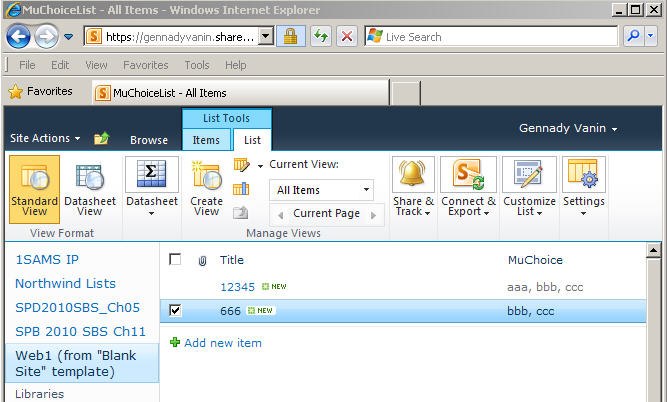 If to create Infopath form by pressing Customize From button on ribbon, then Multiple Selection List Box control is created and bound to MuChoice field of MuChoiceList automatically (or by default) 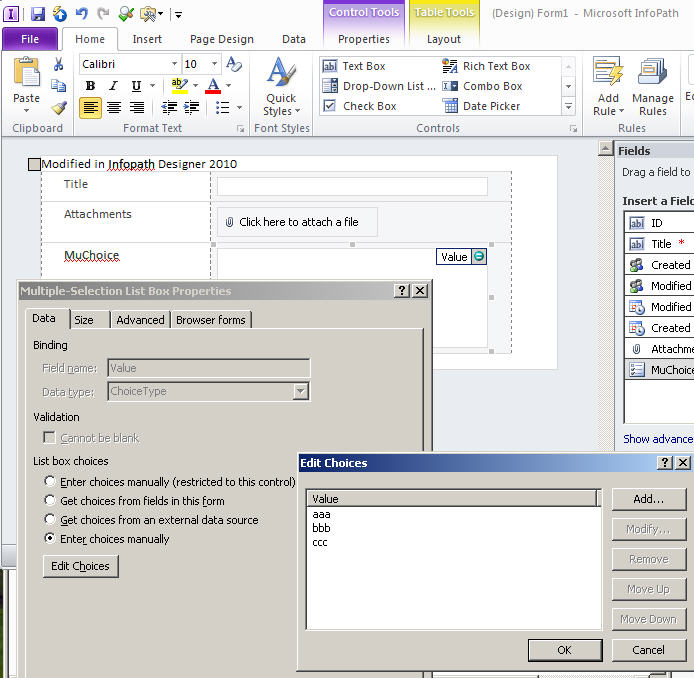 And I have no problems to choose, createe, edit multi-choice selections 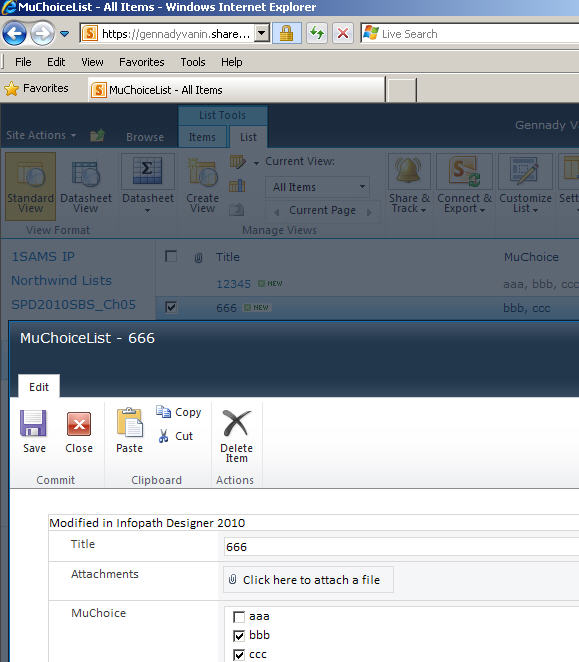 I am not sure if Gennady overlooked it, or if this is a more recent update, but yes, actually it is possible. I just did it.

In your InfoPath form, open up the Drop-Down List Box Properties for the field you want to populate. Select "Get choices from an external data source."

Select the data source (ensuring that the Choice field is included in the data connection).

For ENTRIES, you will select all the way down to the "VALUE" level, and set any necessary filter (if you are applying one. I select "Show only entries with unique display names".

For VALUE and DISPLAY NAME, it will default to "."

And your off to the races. Best of luck!

2
SharePoint List form (add new choice value in dropdown)
1
InfoPath 2010 - Query secondary datasource for non-null values
0
How to create a chart with Chart WebPart from comma separated values in one list column
10
Multi-selection List box in Infopath and SharePoint 2010?
0
Can you populate a dropdown choice field with jquery and javascript?
2
How to Display Created By Field in InfoPath AND Sharepoint list with multiple values?
0
Can you populate a Choice column using values from a single line of text from another list using InfoPath 2013?
0
Filter Dropdown values on List InfoPath
1
Removing Choice Column Data Generated by User Through Infopath Form
1
infopath form with the dropdown values based on the current user