I'm building a web enabled form in InfoPath that will be deployed as the form for a form library. The form has a group of check boxes that have been created as a Multiple-Selection List Box. When I publish the form to the server I specify that I would like the multi-select control added as one of the columns. After publishing I verify that the column is there. However, after submitting the form I see all of the values (from the form) except the value associated with the multi-select control persisted to the library in their respective columns. It is simply blank. Is there something additional I have to setup so that the values of the checkboxes will be persisted? I'm guessing so since it would need to know how to compose together the selected values (ex. "choice 1;choice 4;")

It is impossible to have a chackboxes or any other controls in Multiple-Selection List Box (MSLB). The choices added into MSLB appear with checkboxes in a form. 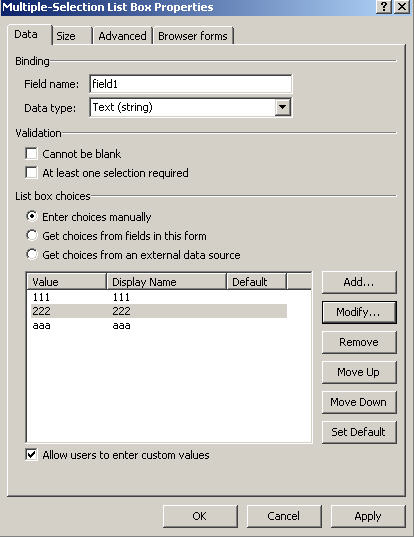 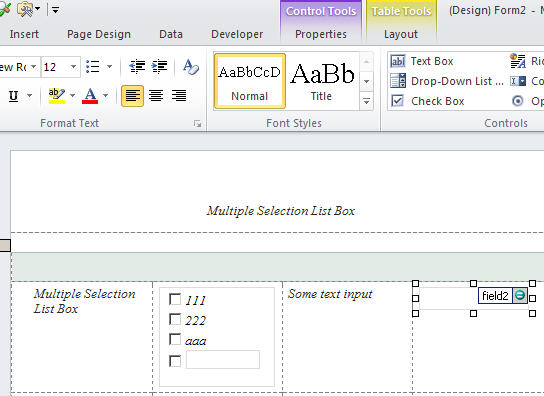 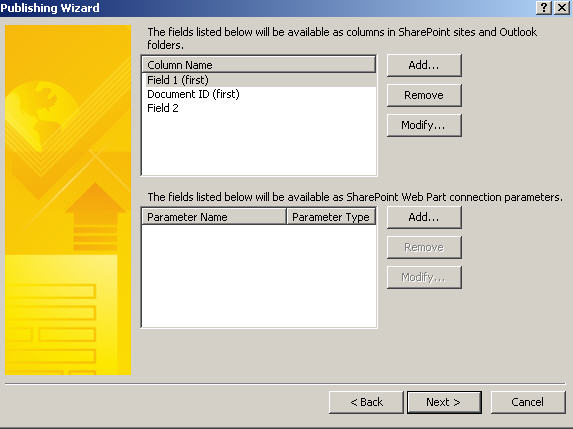 Fig.3. Step 5 of Infopath Designer 2010 Publishing an Infopath from to Sharepoint From Library wizard (Columns + parameters for web parts)

which I advise you to read and understand directly. It doesn't tell you this about library list itself.
Published it to MultipleSelLib library on my sharepoint site

However, after submitting the form I see all of the values (from the form) except the value...

Let me remind what I see (in Mozilla Firefox), when I fill a 3d form or item of a form library and save it: 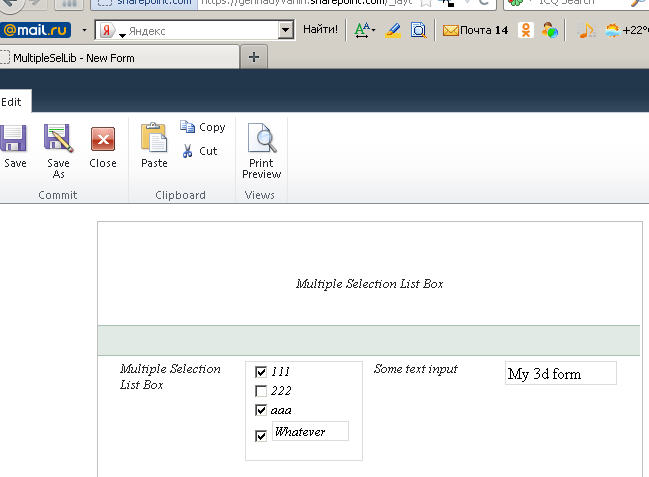 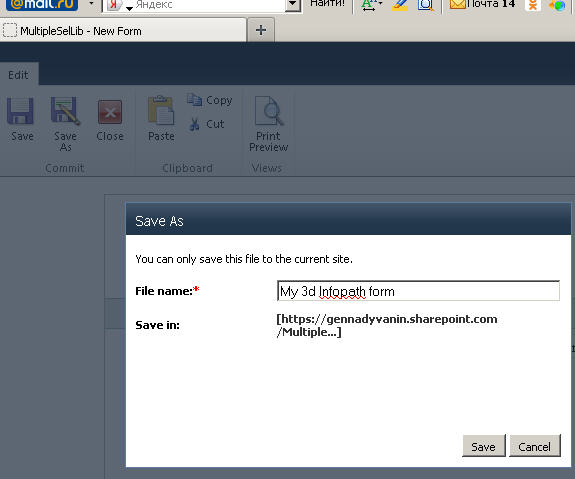 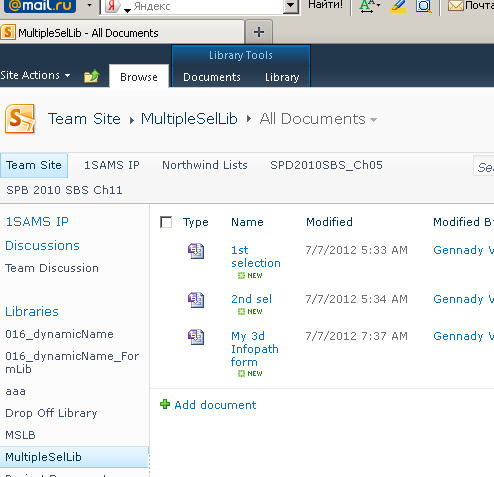 And on clicking the 3d item entry link, I see the Fig.4 where I can edit the Infopath form and save it modified

Not the answer you're looking for? Browse other questions tagged infopath custom-form or ask your own question.