Migrating a list from Excel Into SharePoint Using Power Automate

I was recently experimenting with Microsoft PowerAutomate and I have encountered a following issue.

I have a large Excel list that contains up to 330 rows of data. I would like to migrate that list from Excel into SharePoint. My problem here is that when I import the list into SharePoint not all of the data is visible. This basically means that some of the rows of data from the columns in Excel were inserted into the SharePoint list and some rows of data were left out.

I attach the screenshots describing the problem below:

1.Here is how some of my data looks in Excel initially

2.Here is how the list looks in SharePoint when I recreated the list. It has relevant data types and let's the user to insert relevant values into the table later on.

3.Here is my flow which I created in Microsoft Power Automate: 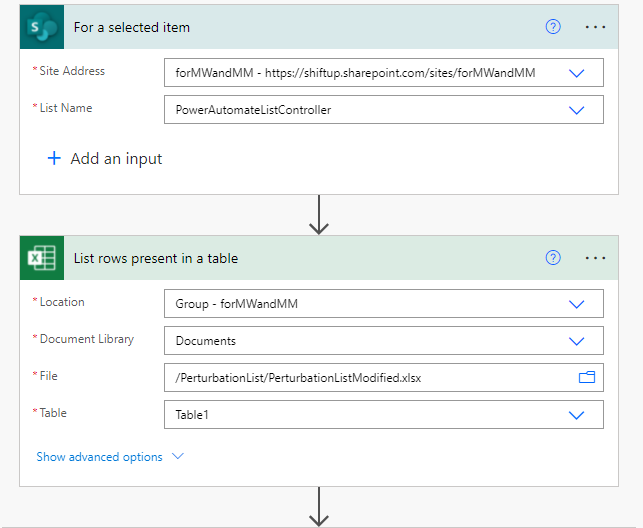 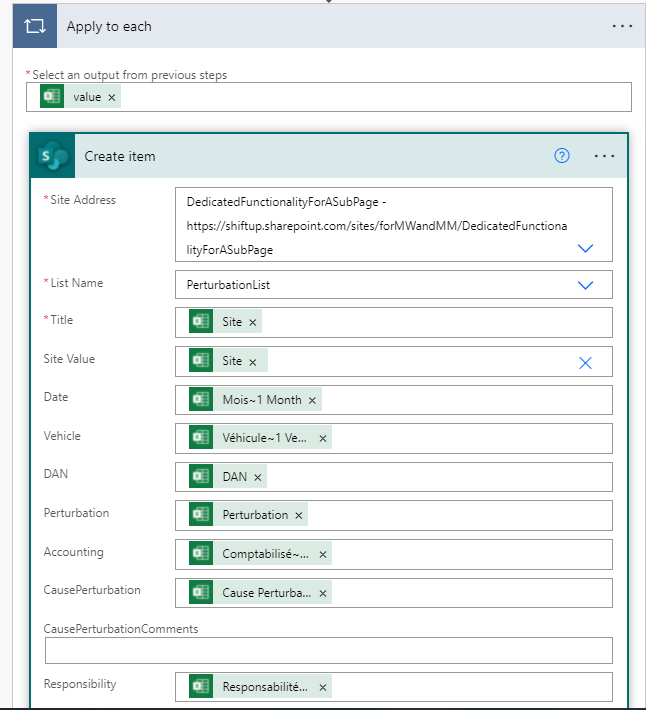 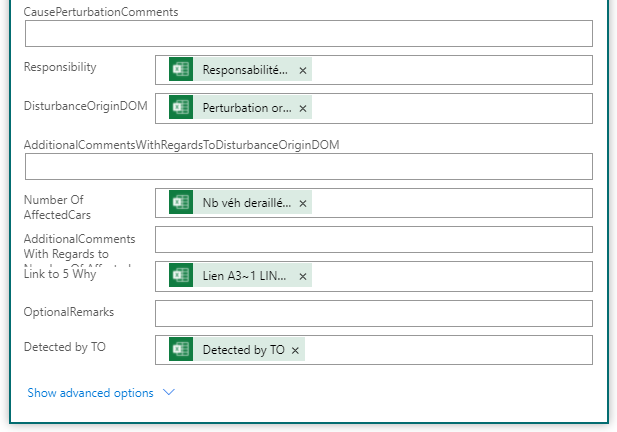 And finally here is my output(migrated data From Excel into SharePoint).

(The above picture and the picture below are representing the same SharePoint list. I had to divide the list into two slides though, for improved visibility. 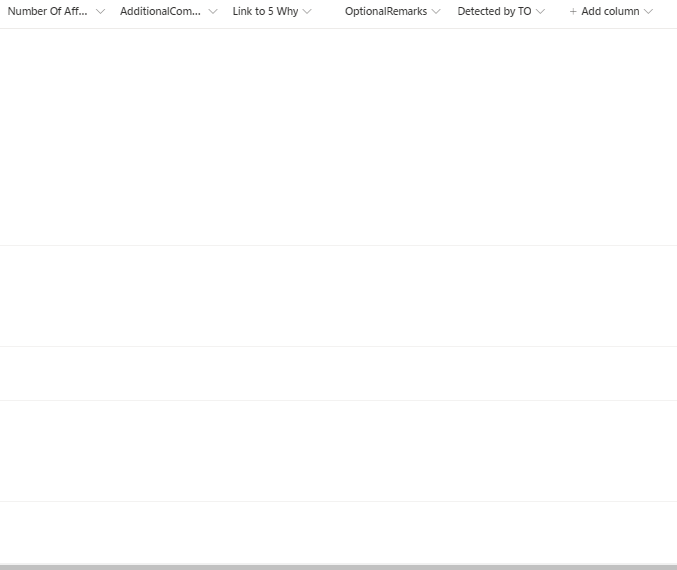 As you can see some of the data from Excel is missing. Some columns have not been loaded into the Excel file even though they were specified in the flow.

If you have any idea why this might be the case please let me know.