I have written an automatic flow that kicks off when an item is created or edited in the 'ComplianceList'.

The 'ComplianceList' has hundreds of items at dozens of locations.

I am using the location alpha code as the unique ID for query purposes between the two lists (and as varParkName in the flow).

The 'ComplianceList' has a 'ComplianceStatus' column, the contents of which is either 'Compliant' or 'Noncompliant'.

The 'ComplianceList' has "EngineCompanyPark" and "ActiveEngineCompany" columns, the contents of which are "Yes" or "No". 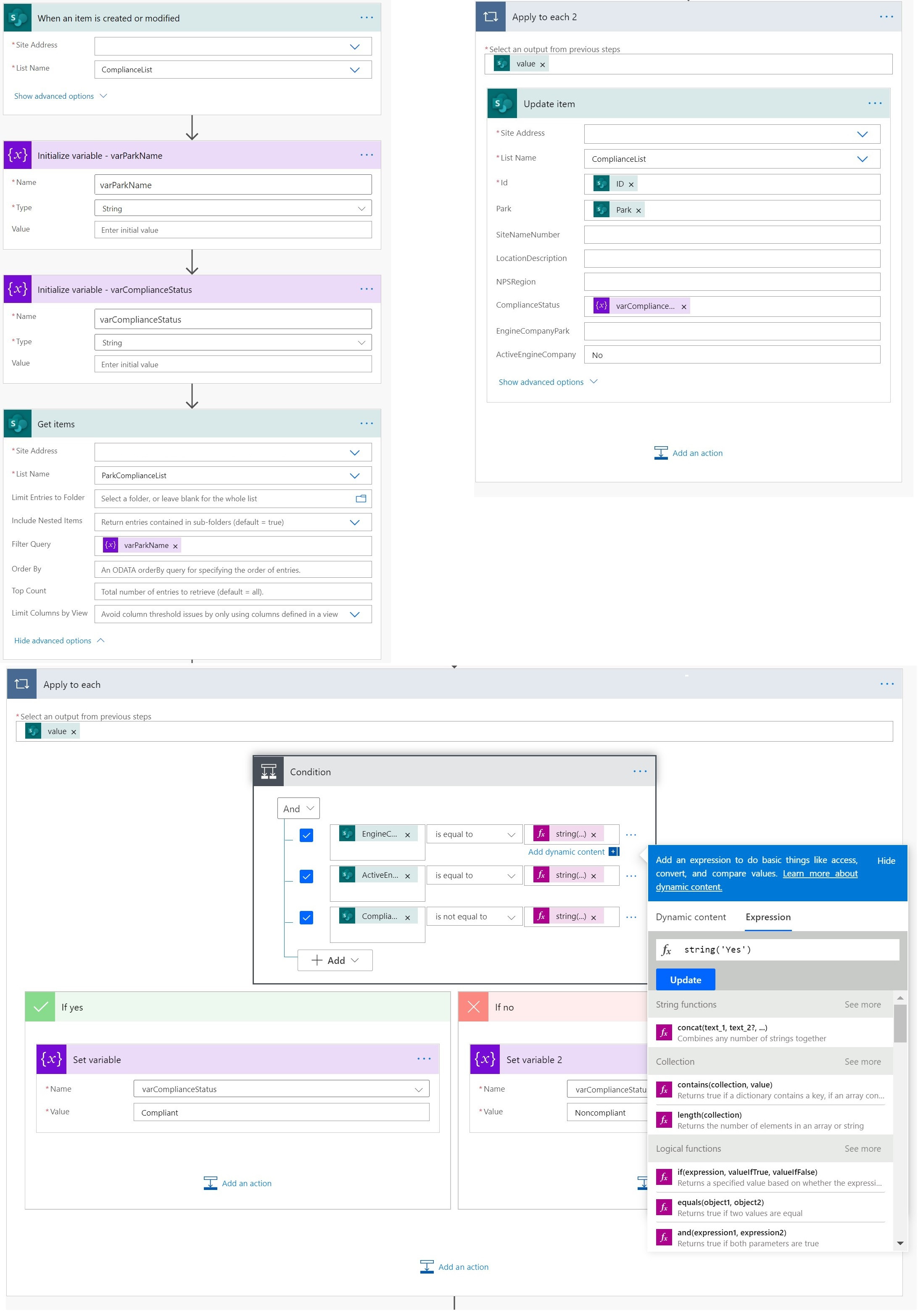 Browse other questions tagged flow or ask your own question.