Power Automate: How can I copy a SharePoint list item with a multiple choice column to another list?

I created a Power Automate flow that copies list items from one list to another. It works, except for...

This is the example code: 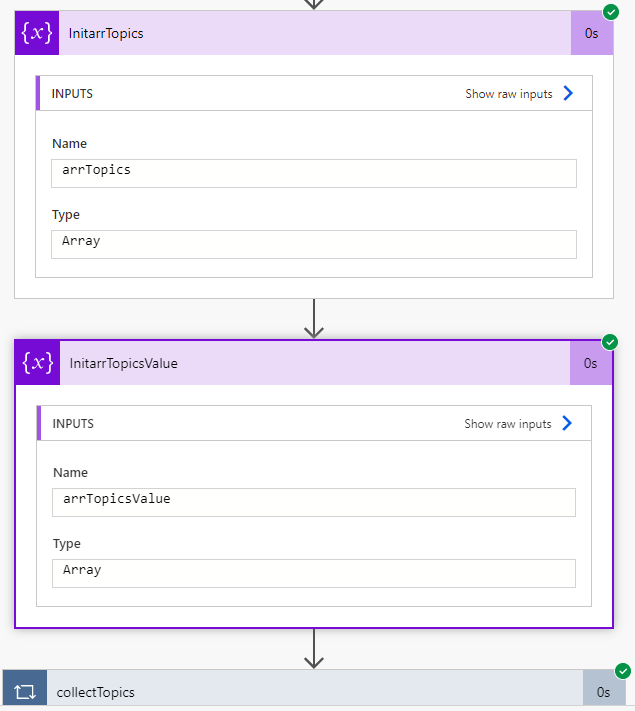 Second part (here, I changed the "Output from previous steps" to "Topics" instead of arrTopicValue, and it already improved the result a little bit) 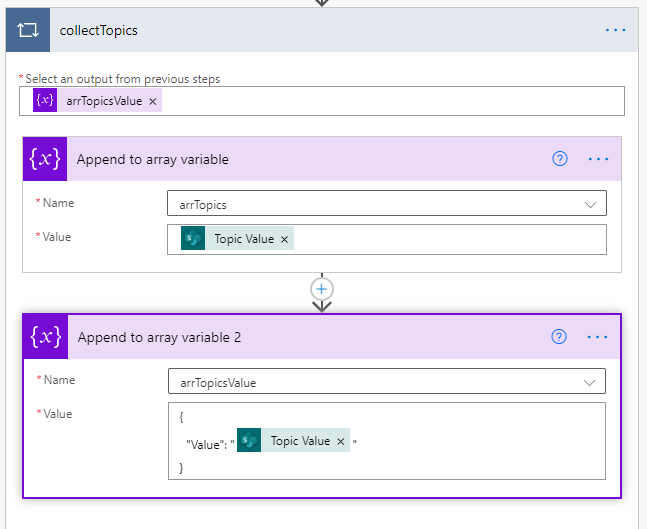 This is how the array is in the end put into the item of the new list:

When I do all of this, the outcome in the end for the test item entry in the new list is: [{"Value":"Finances"],[Value":"IT"},{"Value":"Other"}]. Everything as one choice/line of text, instead of having the choices Finances, IT, Other.

I started taking a course on Udemy, but I am not sure I will be able to solve this problem afterwards.

I followed the description as in the thread linked in an answer below, however, in the last step my screen looks different and I can't put my variable arrTopics...

please follow the answer in this thread. I tested it again and works fine.

There is an mistake in the append to array variable 2 action.

You do not need to add a quotation mark around the value.

Not the answer you're looking for? Browse other questions tagged sharepoint-online list flow power-automate choice-field or ask your own question.