I thought that to make this change all I would need to do would be to enter the LCID for en-GB which is 2057 as shown below, however when I try to run this action it fails to create a site though the action is successful. 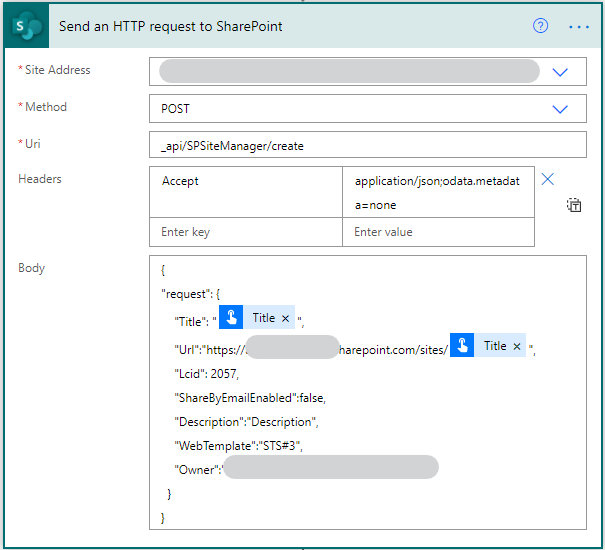 Is there a way to create an English -UK site rather than an English -US site via Rest or is there a subsequent request I can make to change the language/regional settings of the site after it has been created to get the end result.

So far, SharePoint online does not support the creation of a site collection with the lcid value is 2057.

Not the answer you're looking for? Browse other questions tagged sharepoint-online sharepoint-rest-api flow power-automate regional-settings or ask your own question.

0
validating textbox's value according to regional and language settings
1
What permissions do I need to get RoleAssignments via the rest api?
1
Change the default time zone and locale for new users
1
Call REST API from a console program OUTSIDE Sharepoint server
0
JSON not working in Indian regional setting
0
Why can't I select alternative Working Languages in Term Store Management Tool?
0
Upload Files >250MB via Sharepoint REST API
0
SharePoint Online out of the box search box is showing modified date in English US format (MM/DD/YYYY) rather than (DD/MM/YYY)