Run PowerShell Script on a Mounted Drive to Copy Files

I have written a PowerShell script that copies files from one mapped drive to another. Script runs fine when I run through PowerShell or command prompt. It mounts the both drives first and then wait for 10 second and then copies the files.

I now want to run the same script in Task scheduler but getting error.

Logon failure: the user has not been granted the requested logon type at this computer. 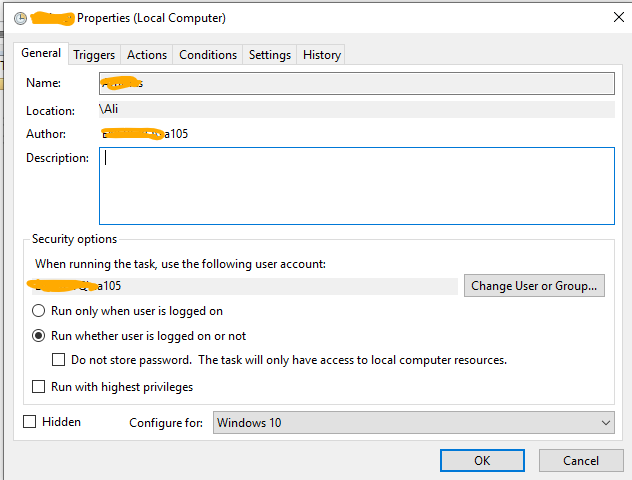 Task is configured to run with my account and I can run script in command prompt without any error. Is there any special permissions required for Task scheduler?

The script I used to map the drive

Our Windows Task scheduler's PS script runs with a service account that has to be granted Log on as a service privilege in the Local Security Policy on the Server.

You can check if your account has that privilege on your local computer.

You can try also granting "Log on as a batch job"

Not the answer you're looking for? Browse other questions tagged powershell access-denied scheduled-tasks windows10 or ask your own question.