Please advise. (I was wondering if it is a different version that is causing the problem or Infopath rules for form load is limited to a number, say 5.?) 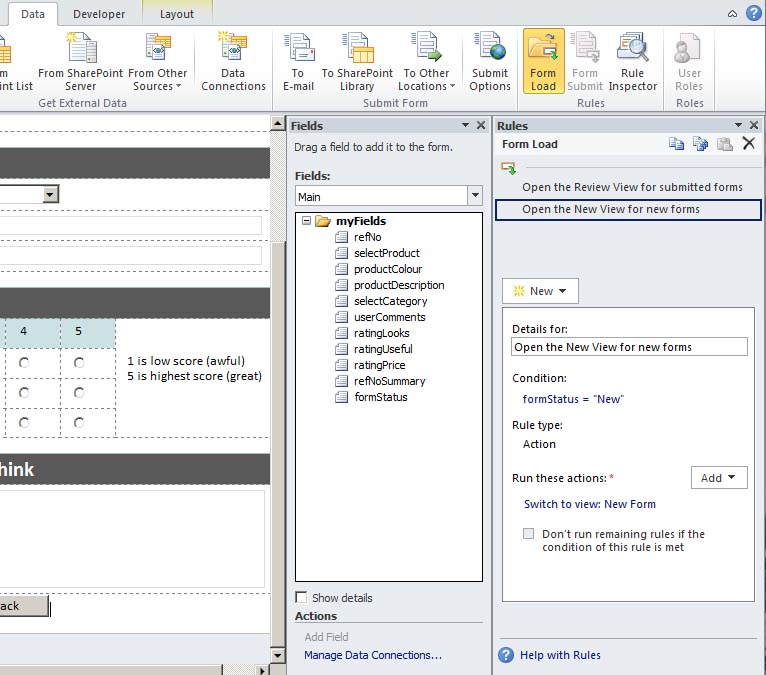 I notice that if I edit the Infopath form on Infopath 2007, it seems that the rules for the load form will be visible if created.

This look like a bug. Here are the steps below that will lead you to the bug:

Step 1: Open the infopath form in Infopath 2010 and create 6 rules for Form Load and Save it as a file.

Step 3: Open that infopath form that you created in step 1 in InfoPath 2007 and select Tools > Form Option. In the Open and Save category, click the Rules button and add a new rule in it and save it.

Step 4: Open that infopath form that you modify as describe in Step 3 in InfoPath 2010. That 6th rule will be visible.

Therefore, there might be a bug in InfoPath 2010 that restrict Rules to a max of 5 in Form Load and thus if anyone open that form in SharePoint, only the first 5 rules will be executed.

However, I would still need someone from the community to confirm my findings for the bug is true or false. Thanks.

Not the answer you're looking for? Browse other questions tagged infopath or ask your own question.