Unblock your team by capturing collective knowledge that anyone can find.

“If there is one thing developers like less than writing documentation, it’s responding to unnecessary escalations […] and too many escalations wear down the developers.”

“We needed a better place to store all the questions and answers that people were repeatedly asking, and we discovered Stack Overflow for Teams.”

“We use Stack Overflow for Teams internally when onboarding new developers, and when new developers ask questions, everyone can benefit from the shared knowledge.”

I'm new using power automate.
I've seen posts to send emails to the users of a specific group in a SharePoint site. But what I need is to send an email to each user from all the groups that my site has.

I've made an HTTP request for every group in the site (I have 13 groups in my site), but my problem is that I don't know how to merge each of the JSON returned in a single array and then delete the duplicated users (because some people are in more than one group), so I can then send the emails to each one of the users in the final array. 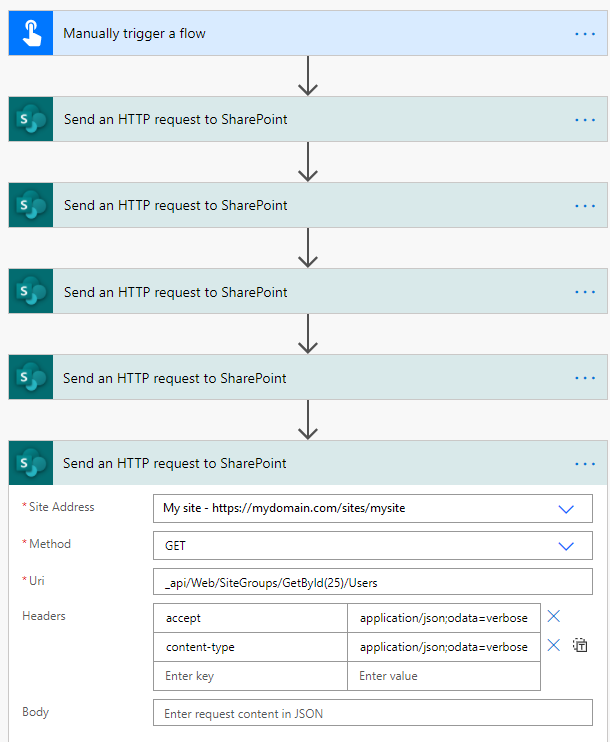 Also I don't know if there is an easier method to avoid putting so many HTTP requests. As you can see in my image, my flow is already big and I don't think it would be good if it becomes bigger. Of course I won't care if nothing can be done to reduce this, as long as it works.

Here are the steps you can try:

See the screenshots below: 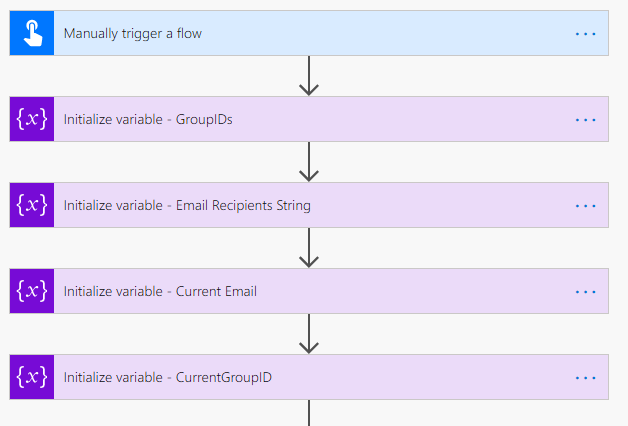 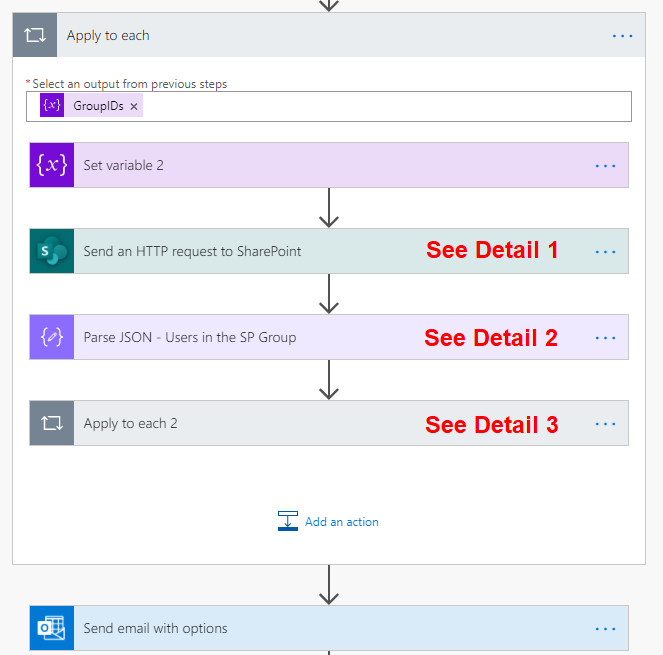 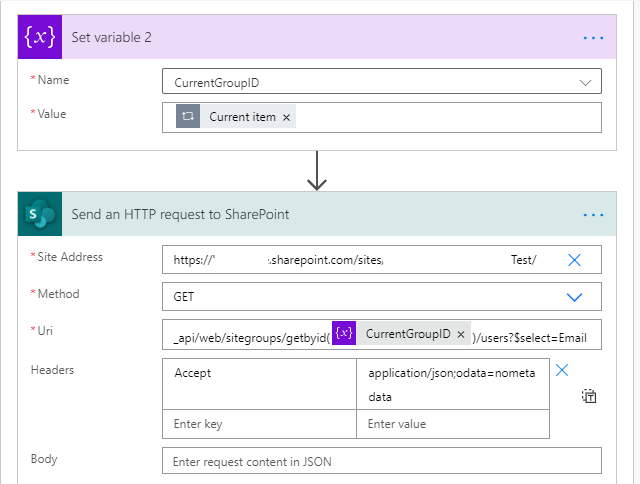 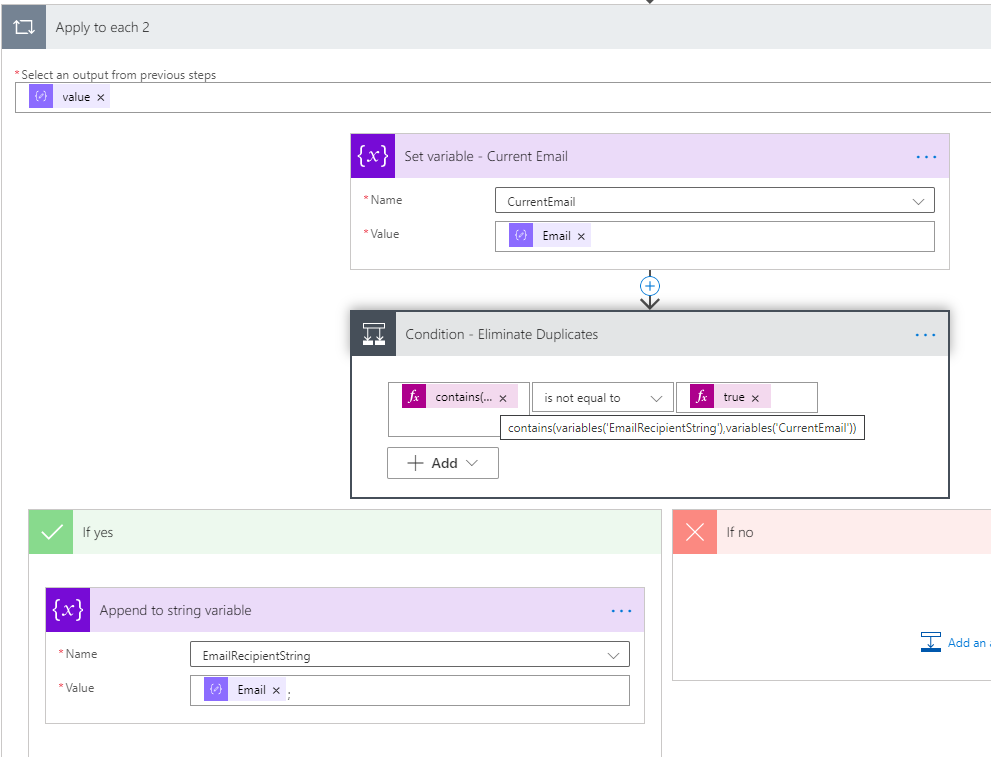 You could get all the site users with the below rest api.

Not the answer you're looking for? Browse other questions tagged sharepoint-online groups flow power-automate send-email or ask your own question.

3
Is there a good way to email the members of multiple SharePoint groups?
5
Workaround for inviting external users to site-level groups in office365
0
Send workflow emails to the managers of multiple users added to “person or group” column/field
1
Send and HTTP request to Sharepoint with attachment
0
How can I delete SharePoint site groups using Power Automate?
0
Adding newly create group to “Site Permissions” section ( XXX/_layouts/15/user.aspx )
0
Change SharepointOnline site description with api call to Sharepoint