I have created a custom workflow for an approval process. The workflow is designed to accomplish this task by using the “Collect data from user (Output to variable: collect)” action.

I wish to assign a time limit to these tasks, and then elevate them to the users, manager when the time elapses.

The problem is I cannot access the Task Behavior Actions. The workflow is a reusable workflow.

Is it possible to do this with the “Collect data actions”?

Here is a screen shot: 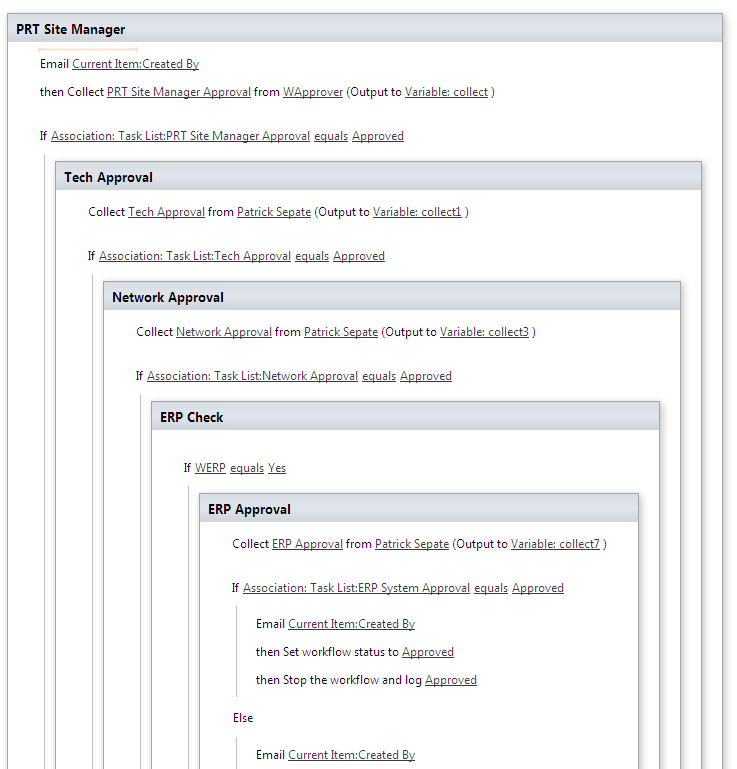 If you are trying to achieve this using SharePoint Designer, you need to run the approval as a Task Process. There are two out of box Task Process Actions which you can leverage as shown below:

You can collect data from user using custom Task Fields.

When you use one of aove, you can go to change the Task Behavior and take actions in pre-defined steps like "When a Task Expires".

Note that the Task Behavior is not same as single Task assigned while using "Collect Data" activity. Since you are running an approval process, you may want to consider customizing "Start Approval Process".

I can see that you are taking appproval from multiple teams, which can be achieved by running just one "Approval Process", tracking the workflow via different stage (using a custom workflow variable) and appending tasks to different teams one after another in the "When Task Completes" process. Below is a screen shot of similar logic I have put in my custom workflow: 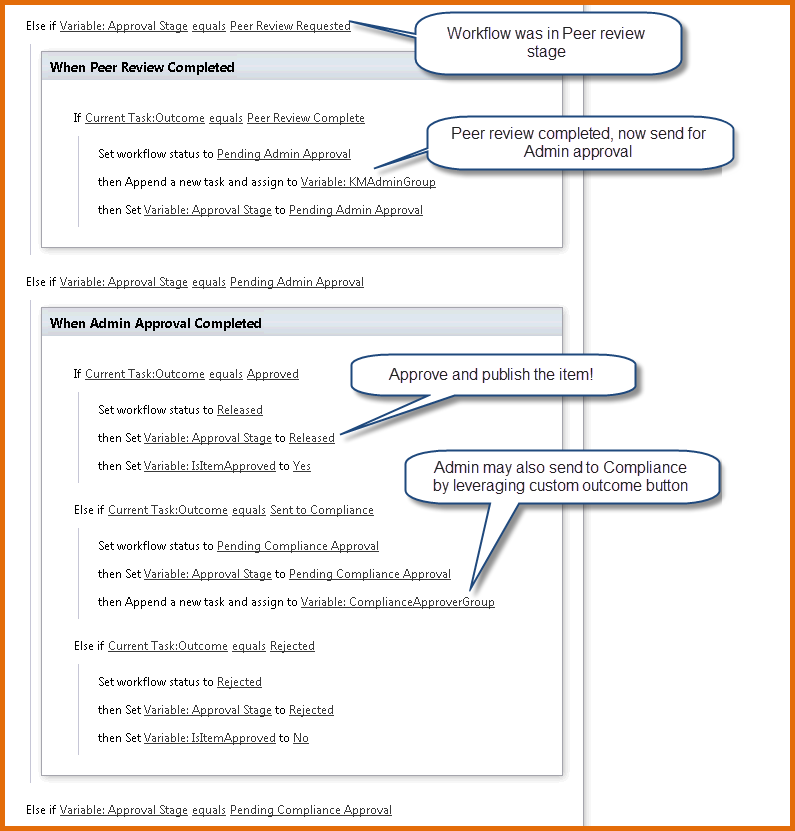 I know its a long answer and it sets a little different path for you. Hope it helps.

Not the answer you're looking for? Browse other questions tagged workflow sharepoint-designer infopath tasks custom-actions or ask your own question.

1
sharepoint 2010, workflow, "start task process on current item with these user" action
0
Is it possible to show (a link to) List Item in Task created by Site Workflow
3
Canceling Workflow (Task Process) from Infopath
0
Sharepoint 2010 grouping workflow tasks for a document library
0
Users not assigned for a task in "Collect User Data" action in SP2010 can complete the assignee's task
0
Are 2013 (not 2010) Reusable Workflows allowed to use Assign A Task action?