I have this web part list of named resources that displaying 5 column 500px fixed width, it has vertical scroll in it.

it is in table form and

// I also tried to adjust width to fit zone and edit the css but the same it doesn't work the horizontal scroll is still there.

Q> is there is way to fix displaying the web part list without affecting the browser? 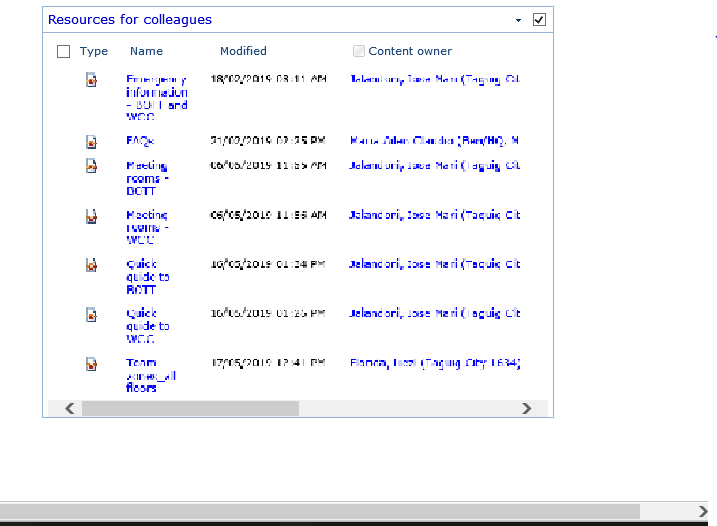 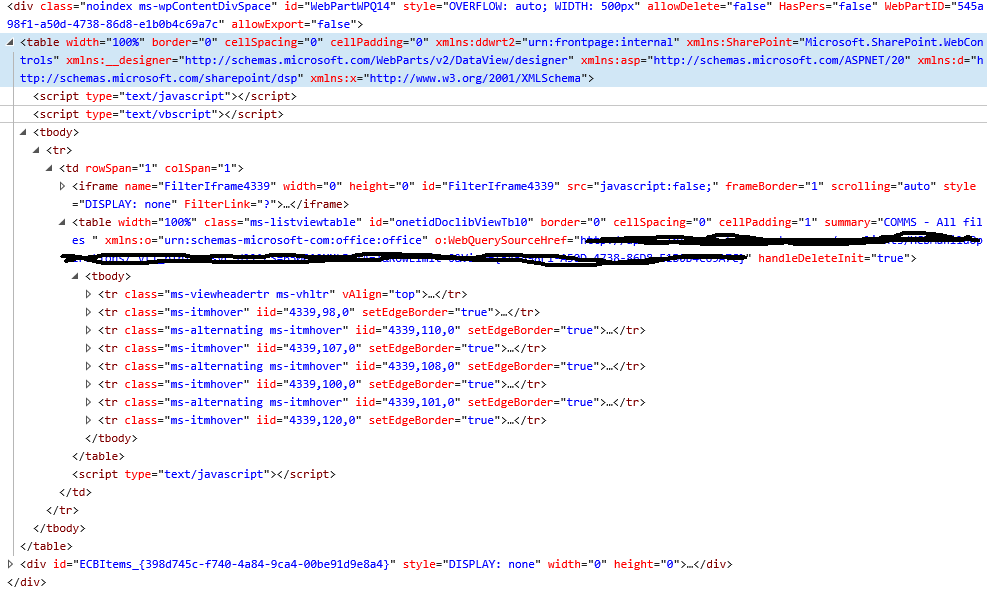 I've been trying to use overflow:hidden on table and td but its just the same

NOTE:I'tried to put in left column and somehow it fix but when i put it in the right column the browser horizontal starting to show again.

Browse other questions tagged sharepoint-enterprise web-part or ask your own question.

1
Problem hiding scroll bars in a custom web part with embedded Page Viewer web part
1
Disable Horizontal Scroll Bar on Navigation Web Part in SharePoint 2010
17
How to have two web parts side by side in same zone
2
How do I set a default, maximum and minimum width and height for a SharePoint web part?
5
How can I resize a web part to be the size of a div it is sitting in
0
SharePoint 2013 - Imageslider / image are not ajusting to web part zone (width)
1
Changing the order and positions of web parts
3
How to center Picture Slideshow Library Web Part
2
Discussion list web part is different from the default web part