A user is working in a Sharepoint Library with a .ppt file that has been changed recently.

We've also tried copying the link from the file, and opening the file from the PowerPoint client's top bar menu.

Our IT support team claims that the issue is not on the client, but on Sharepoint.
My team has been talking to IT guys and we don't see any problem with the file or with the current Sharepoint site.

We've checked with the user that the problem is real and she's opening like the version 15 from 30, being 30 the last version.

The users refuse to collaborate reinstalling more software at this point.

We believe that we may be missing something in our Library or site config...

I've seen this happen quite often.

I don't know if you are aware, or tried this already, but Office caches documents in the 'Upload Center'.

As soon as you open a document, it will store a copy in the local machine, and it this causes problems very often, such as the ones you describe.

I can't guarantee that this is the fix for your issue, but you can give it a try. 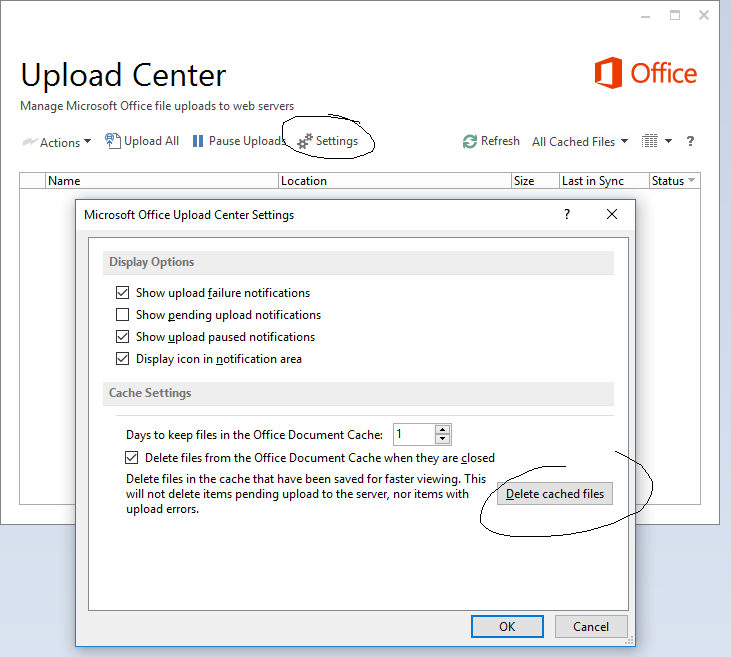 Have you tried seeing the version activities from the Activity Icon. Refer below it lists out all versions. And you choose to open the latest one.

Office file cache need to be cleaned, so I deleted content in the following folder:

C:\Users...\AppData\Local\Microsoft\Office\15.0\OfficeFileCache After deleting it worked.

Not the answer you're looking for? Browse other questions tagged sharepoint-online document-library document office-web-apps office or ask your own question.

0
Why does SharePoint open files read only when I access them through Windows Explorer?