I am working on a SharePoint Online Communication Site. I am trying to add an Image Gallery webpart on the page that is set to a "Carousel" layout. All and good so far but when I publish the page, the Image Carousel does not rotate.

I have seen the option to "Automatically cycle through Images" on other SharePoint Online environments but this one surprisingly doesn't have that. 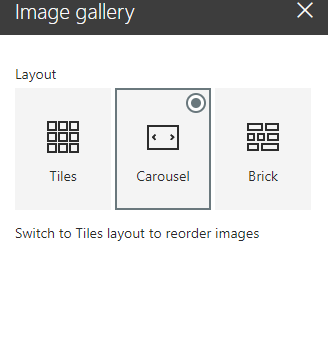 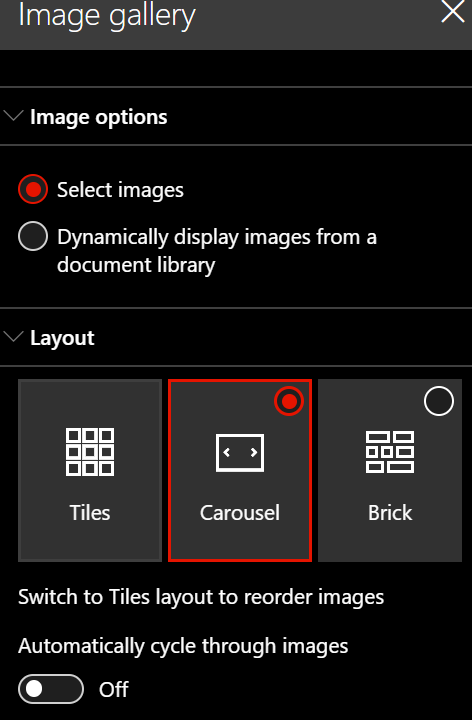 Is there any workaround to this? Any help on this matter would be greatly appreciated!

The cause of this issue would be that your environment have not received the latest update. It is a new feature launched by the release.

Any new release is first tested and validated by the feature team, then by the entire Office 365 feature team, followed by entire Microsoft. After internal testing and validation, the next step is a Targeted release (formerly known as First release) to customers who opt in. The last set is a Standard release, users receive the latest updates when they're released broadly to all Office 365 customers.

You can set the Target release for selected users, see if it displays. Or, you can change release from Standard release to Target release for entire organization to see the latest updates early. Otherwise, wait for the updates are released broadly to all Office 365 customers.

After changing the release option, you need to wait for some time before the release is launched.

Not the answer you're looking for? Browse other questions tagged sharepoint-online image-display communication-site or ask your own question.