I've looked around a lot but haven't found a solution yet, so here goes:

I am trying to create a parallel block in a workflow in SPD 2013 (making use of 2010 workflows) but instead of it being an AND block, I want this to be an OR block. If either one of the task is complete, exit the parallel block. 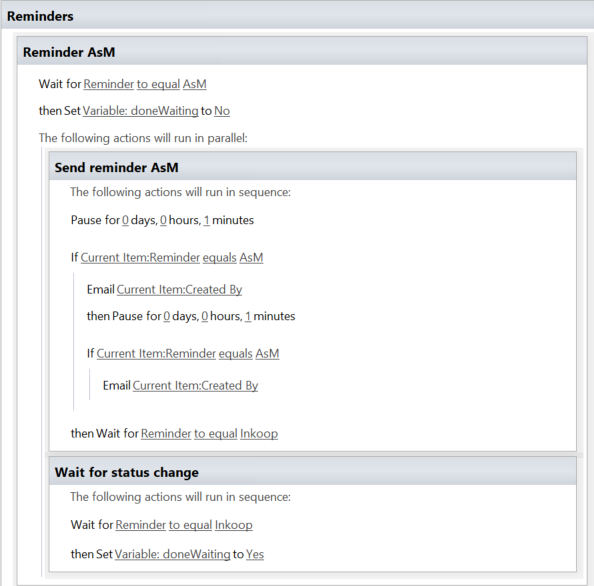 The pause would be one day in the actual flow.

But here is the problem/question. I want to set the advanced properties: completionCondition to doneWaiting equals yes, but I can't: 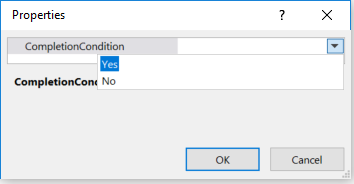 I do not have the ability to select a variable in the dropdown.

Can someone tell me how this works with 2010 workflows in SDP 2013? Or is there an other (better) way to achieve this?

Note: In general what I want to achieve is this:

I like your creativity but I think there may be a better way.

At the end of the Task Expires section, increment your count variable. 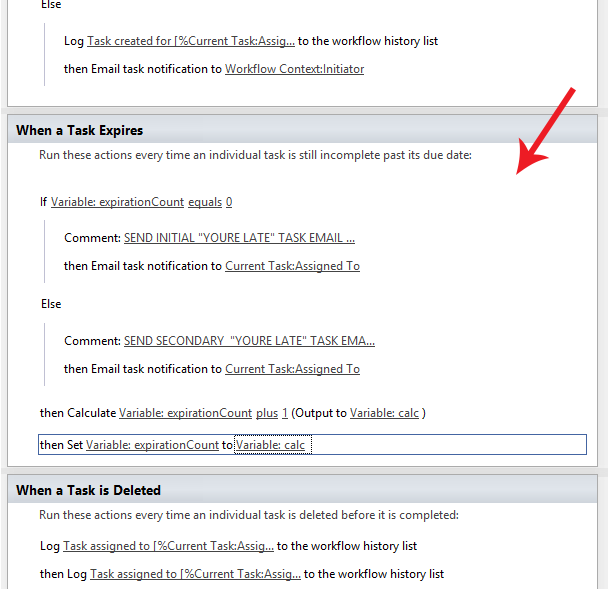 Not the answer you're looking for? Browse other questions tagged 2013 2010 sharepoint-designer workflow or ask your own question.

1
SPD Workflow not looping on item changed
0
Workflow - How to calculate next monday 10am?
0
Need to pause a workflow email until a date, but workflow still needs to continue to run before that date
0
Parallel block in SharePoint Designer 2013 Workflow
0
How to Break Loop in Parallel Block - Designer 2013
0
Sending Reminder Emails in SP 2013 Workflow
1
SP Designer workflow - Assign a Task -parallel block -not getting TaskID
0
Update list item from tasks in parallel block