What is the correct way of update SharePoint 2016, there are two packages for updates for sharepoint 2016

I have a sharepoint 2016 installed in development farm, can I go directly installs sharepoint server 2016 package it redirects to me to a security update for SharePoint Server 2016: 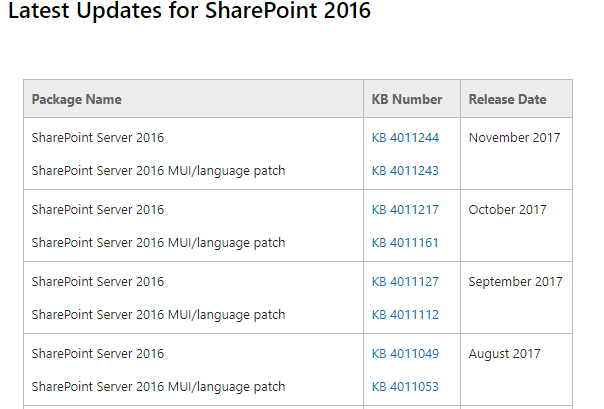 As a short answer, The (language independent - language dependent) fixes are required to be installed with any sequence.

What does that mean?

Secondly To install a new Language Pack later on a farm that already patched with Nov 2017 CU, you should do the following:

You need to install the both files (language independent & language dependent as well). Order really doesnot matter, but make sure both package installed followed by running config wizard on all servers in the farm. Sometime you have to run the following pwoershell psconfig command to get the no action required status from the central admin.

November 2017 CU for SharePoint Server 2016 is available for download

Not the answer you're looking for? Browse other questions tagged sharepoint-server 2016 update patching or ask your own question.