I have an approval workflow setup that sends tasks/approvals to two approvers. The tasks are set to run in parallel, but when one approver tries to approve the task they have been sent they get this error: 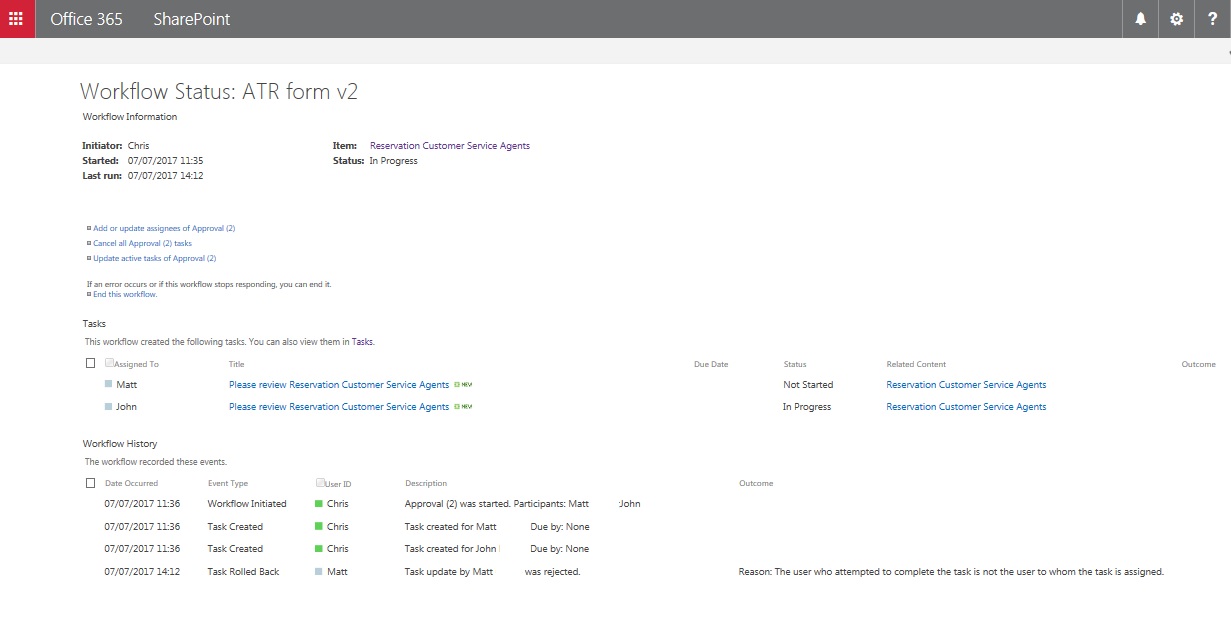 Reason: The user who attempted to complete the task is not the user to whom the task is assigned.

I can see in the Workflow status page the two tasks created, one for each approver, but when one approver tries to approve it looks like they are approving the wrong task (the other approver's task shows in progress, but the approver who tried to approve has their task shown as not started.(see image below)

What I need is either approver to be able to approve the request - one approval form either person is fine. Once one person approves the workflow should stop.

Any ideas on how to fix this please?

Browse other questions tagged sharepoint-designer designer-workflow groups approval or ask your own question.

1
Approve tasks not assigned to me
2
Reason: The user who attempted to complete the task is not the user to whom the task is assigned
0
Approval Workflow - unexpected error after parallel approval
1
Who approved the document?
0
Leave Approval Workflow in SharePoint 2013
0
I approved the workflow but displaying that it is rejected?
0
In approval workflow in SPD 2013, after approving the task, the item is check out to the user who created it instead of approver group?
0
Customise the email body of with approve\Reject options conditions for SharePoint list 2013\Online