What may be the reason for this weird behavior? because of this multiple running of my custom timer jobs, the functionality of my appln , breaks.
Like, am having 3 timer jobs thats sending emails whenever one business rule satisfies from my site's lists/doc.libs. if I assume, there may be an error in my code,whats the reason for the existing OOTB timer jobs thats running in this farm, also executing TWICE. so that shows, this must be something else, not only related with my custom code, but some other factor. 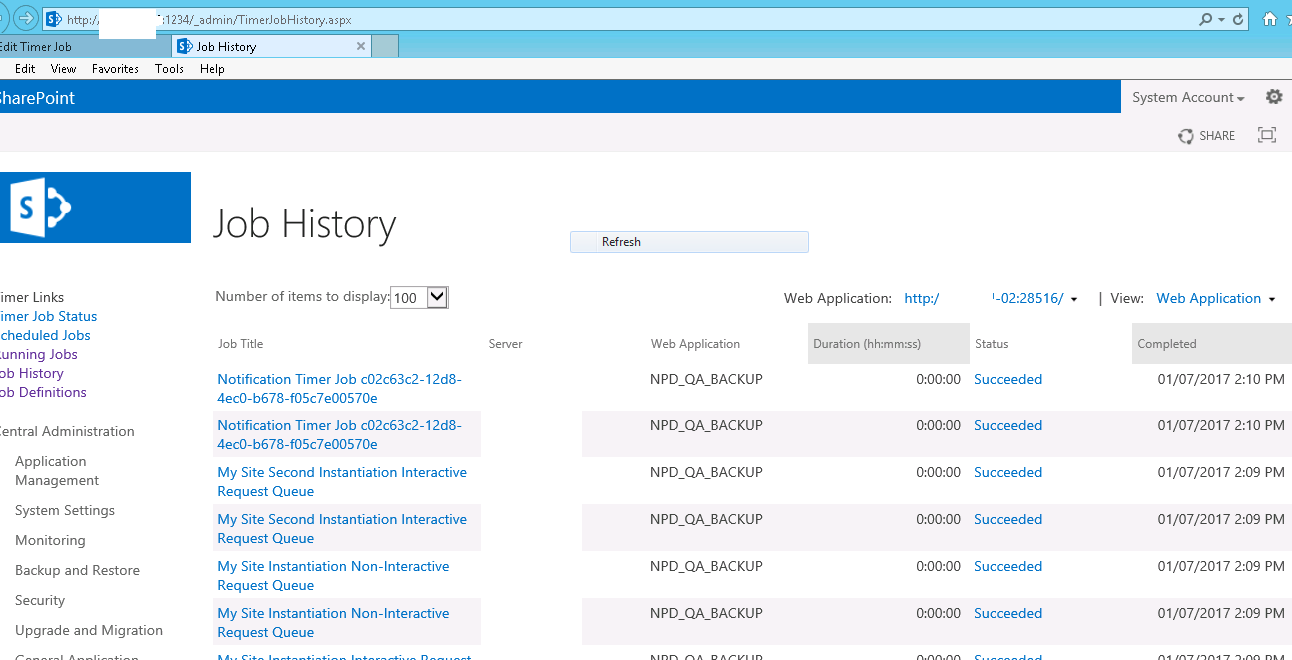 Since its running two times, e-mails are sending to targeted audience 2 times and it causes a big confusion and unable to perform next steps.

When I debugged my custom timer job soln, I analyzed that the Execute() triggers TWICE.Has anyone faced this issue before . if yes,any solutions for this?

Recently, one major activity I have done is, i have taken the backup of the content db of my site and site collec. back up as well and restored to a new web application altogether.

I am having multiple contentDBs attached to this web application where the custom timer job is deployed.

I guess the problem is because of the job lock type of your custom SharePoint Timer jobs, check the constructor in your jobs as shown below,

In the above code you can see that I'm passing SPJobLockType.ContentDatabase as the job lock type, it indicates that the timer job will run once for each content database associated with the web application with which the timer job is associated.

As you said that now in your web application you have increased the content DB, this might be causing the issue.

For more information about the job lock types, have a look at the below link SharePoint Timer Job Locks and Scope

Not the answer you're looking for? Browse other questions tagged 2013 sharepoint-enterprise timer-jobs custom-timer-job or ask your own question.