After Executing the gulp serve commands i got the below errors. please check the below image. 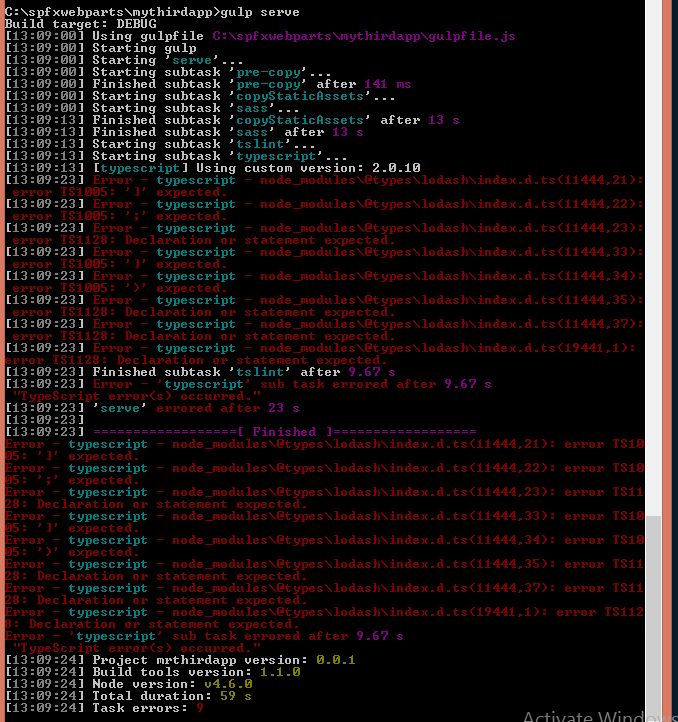 Can anyone help me on how to fix the issue. as per the descriptions, the error are in the Typescript.

In the screenshot, i see that you are running the Node v6.9.4 . You should uninstall this Node version and instead install the Node v4.6.0 LTS version. Today SharePoint Framework requires Node.js 4.6.0 to run, in future it may run on the latest and greatest version of Node, but right now you should install v4.6.0 to get it running.

I have it installed and its running smoothly. 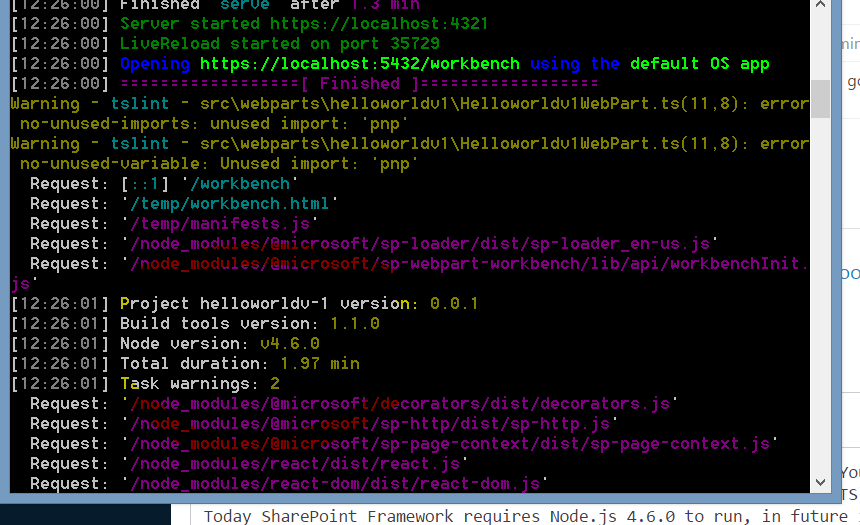 As Sergei mentioned, its incompatible with typescript 2.0.xx.

You can also try below command and then run gulp serve again:

Recent changes in lodash module made it incompatible with typescript 2.0.x.

Not the answer you're looking for? Browse other questions tagged spfx spfx-webparts sharepoint-framework or ask your own question.