When going to 'Site Contents', any app (list/lib) that I click, the default page shows a wall of 'ReferenceError: 'Strings' is undefined'. This is in IE 11. This doesn't happen in Chrome. In addition, certain LVWPs aren't affected on Site Pages. I'm very confused, and I can't view anything in my app currently. Any assistant would be incredibly helpful. I think this is so strange because only OOB components seem to be affected by this. Screenshots below

What I've done so far: 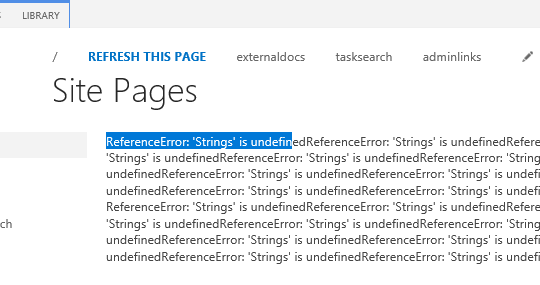 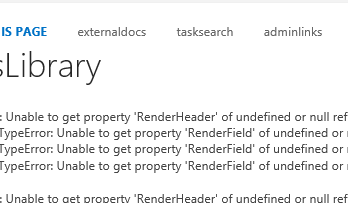 [SOLVED] This was a TrendMicro error, and it's fixed now. December 6, 2016: Trend Micro received several customer reports of a false alarm (FA) detection on what is believed to be a file related to Microsoft SharePoint: “initstrings.js” with the detection name of JS_NEMUCOD.SMAA15 using the Official Pattern Release (OPR) of 12.941.00.

Not the answer you're looking for? Browse other questions tagged sharepoint-foundation sharepoint-addin or ask your own question.