I have created a workflow that calls https://site.sharepoint.com/sites/site/_api/Web/CurrentUser and stores the user ID in a variable called userId.

I am then passing that userId into another call /_api/Web/getUserbyId([%Variable: userId%])/Groups. Now I am storing the results of the second call in a variable called JSONResultsGroup

Next I want to get the Title of the groups from the dictionary. I am using Get d/Title from Variable: JSONResultsGroup (Output to Variable: dataset )

Then counting the items in the dataset and storing the count in resultsCount variable.

For troubleshooting I am logging the count of the variable, but I never seem to get any results. I have tried many different variations in the Get d/Title call but cant seem to get the path of the json correct. 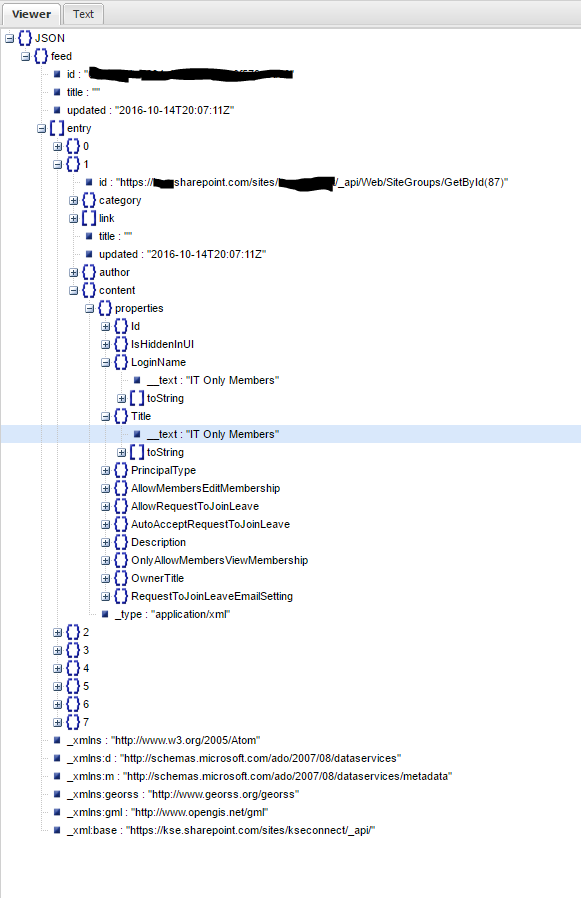 Not the answer you're looking for? Browse other questions tagged sharepoint-designer workflow json or ask your own question.