Example: Item Inserted into list and First Task is created.

Tasks1: for Emaployee Approved/Rejected then create next

Tasks2: for Superior Approved/Rejected then create next else reassign to Emaployee

Tasks3: for Manager Approved/Rejected then create next else reassign to Superior

To can go back in workflow, you should use stages and transition to stage at SharePoint 2013 workflow Platform by doing the following 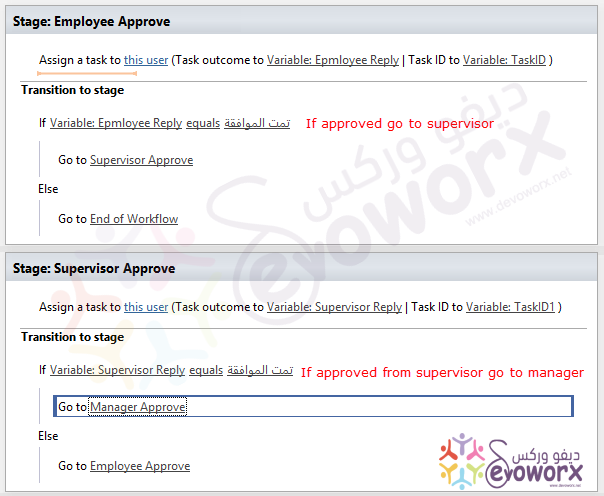 Not the answer you're looking for? Browse other questions tagged sharepoint-online designer-workflow task-list or ask your own question.

1
How to approve task in SharePoint Online 2013