How to add new button on my page in sharepoint 2013

I want to add new button on my page how can add ? sharepoint designer Please check attched screen shot

First, you didn't write if it is for edit or new form. But Let's say it is for both or for one of those forms.

You just need to add part from Start to End with additional actions for your new button. Outcome is on the second image. 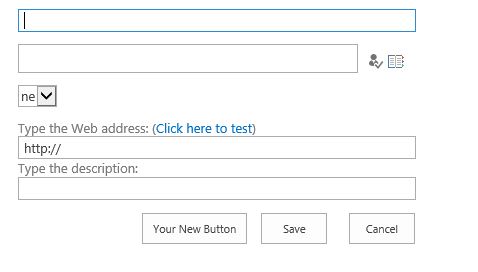 I find the easiest way (if you're wanting it on the page itdself) is to create a content editor web part and use HTML if that's the case and you not familiar with HTML then I can help or you can use W3. Alternatively use a promotoed links list web part if you want multiple links and the button would be an image.

Not the answer you're looking for? Browse other questions tagged sharepoint-designer or ask your own question.