I want to set a ListItem value with PowerShell (SP2013).

As the following screenshot shows, I (the current user) have Full Control for this list. However, I cannot edit any field value. The value for "GITVersion" is just an example, the same applies to all other fields.

I checked, that the same user can edit when logged in over the web frontend. I tried other methods to set the value with no success, e.g. ValidateParseAndSet-function for the corresponding field like $versioninfoGit.Fields["GITVersion"].ValidateParseAndSet(.., "Anything")

What is wrong or how to find out? 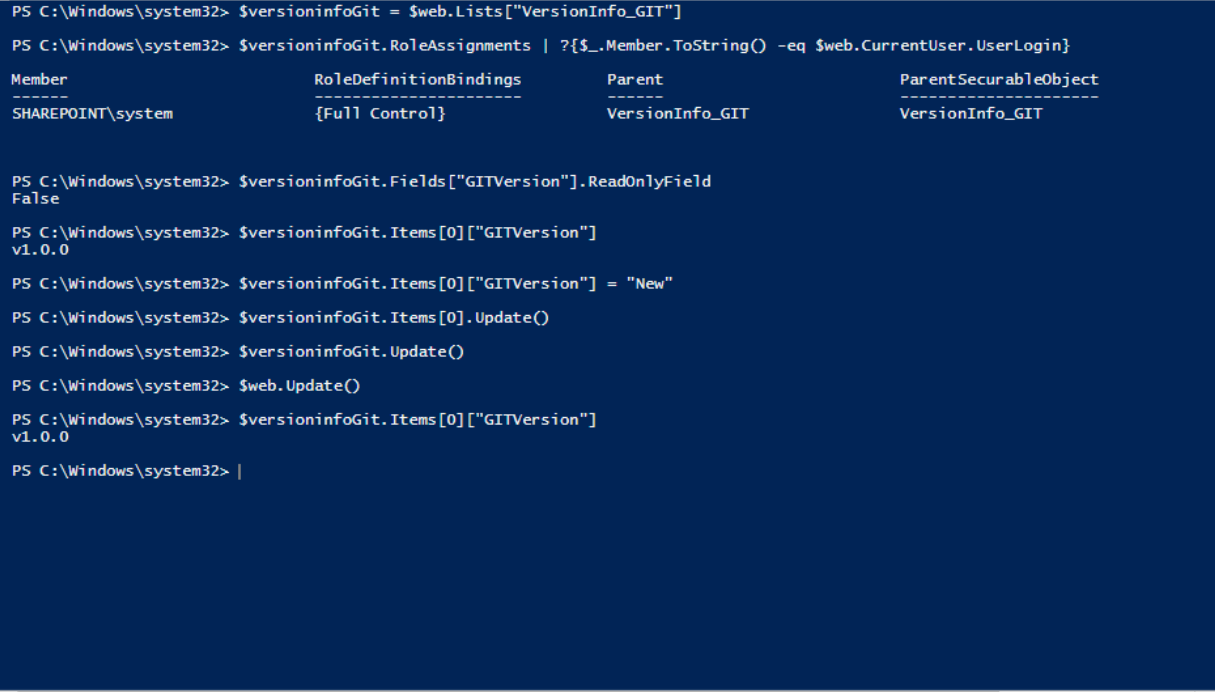 In order to be able to try various users when accessing the web and list, I tried Invoke-Command for farm, service and other accounts with the result that the part $web = Get-SPWeb http://SharePoint of the script block fails. According to the exception, the farm is not available.

Lacking other clues, I am guessing a weird permission problem as root cause. But then, I would suspect critical messages in the server logs, exceptions during execution, or at least issues when working with the frontend - none of it.

Note that I am able to delete and create items. I also found out (meanwhile) that I can edit those list items I have created with PS, even when the list was re-read in from a new $web = Get-SPWeb http//sharepoint Those existing items where I cannot edit were created by a "real user" in the frontend.

May be users can only edit their own items. There is a setting somewhere ( see for example here: https://stackoverflow.com/questions/26510951/sharepoint-2013-list-users-only-view-their-own-items )

Not the answer you're looking for? Browse other questions tagged powershell splistitem spfield or ask your own question.