I have 2 controls below. The top Text box is labeled CommentsTemp while the bottom TextBox is called Comments. How it works is, when a user enters anything in CommentsTemp, that it would be stored in the Comments. As long as users keep adding comments and saving, it will keep storing new comments without deleting the old:

The rule displayed below is for my Submit button. Based on the rule I’m displaying the Date & Time (now()), the Display Name (Modified By), CommentsTemp (explained above), and Comments (explained above):

Below is detailed look at DisplayName in the rule above. I then publish the form to my List: 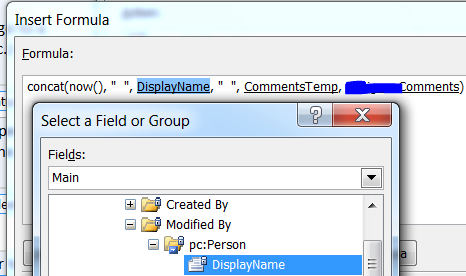 Below, I had a user (let’s call him Ed Burg) test with me and add a new item and add some comments. It all works as expected. It display the time, the user who added the comment and whatever it is the user typed in. In the far right it displays the Modified By column and displays Ed Burg. Great!

However, I (M Rob) went to the same item above and attempt to edit the item by adding a comment but it still displays the user as Ed Burg. BUT it displays my user M Rob in the Modified By column on the far right:

It seems as when I attempt to Edit and Save the item it is still registering as the current user in the column Modified By.

The desired is to show the username of whoever Modified the item. Is there any way I can accomplish this?

Also, for displaying the time in the second screenshot, I have the formula to display “now()”.

How can I display the correct time regardless of what time zone the user is?

infopath date-time modified
Share
Improve this question
asked May 24 '16 at 21:43

Do you know that this feature can be achieved using the multiple line of text field and enable 'Append Text to Existing Text' (Just make sure versioning is turned on) as the screen shot here shows: 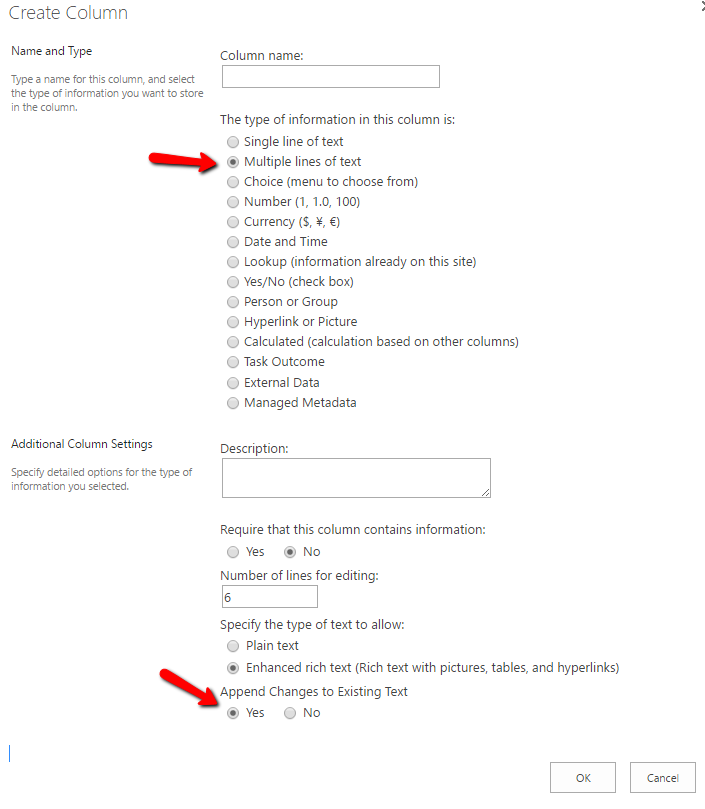 once you do that you can keep track of all the comments with time stamp like that:

you can use that in your infoPath and you don't need to do any coding :)

Not the answer you're looking for? Browse other questions tagged infopath date-time modified or ask your own question.

1
Calendar Start and End Dates not correct
0
Display all content from a repeating section with fields
4
Field Modified shows date, but no time
0
Today solution (?) using modified and JS
1
How to Display Correct Times for Users Regardless of Their Time Zones
0
Date/Time Difference (Workhours/Workdays only)
5
Time Difference Formula in Calculated Column
1
Display The time an items has been in a status