I need to alert an user about session time out for browser enabled InfoPath forms. Its not about changing/configuring the session time out but to just show an alert to user that his/her form is gonna get time out. If alert is not possible in any way, could you tell me any workaround?

What version of Sharepoint are you running?

You could create a page with the infopath form as a web part on the page, and add a javascript timeout in a script webpart to put up an alert window. the code would look like:

You mentioned in a comment detecting if the user is active or not. I wouldn't take that effort, I believe that the infopath form timeout value is independent of the user's active status. I would that the form's timeout value, and set a page alert for just shy of that value, telling the user to save. 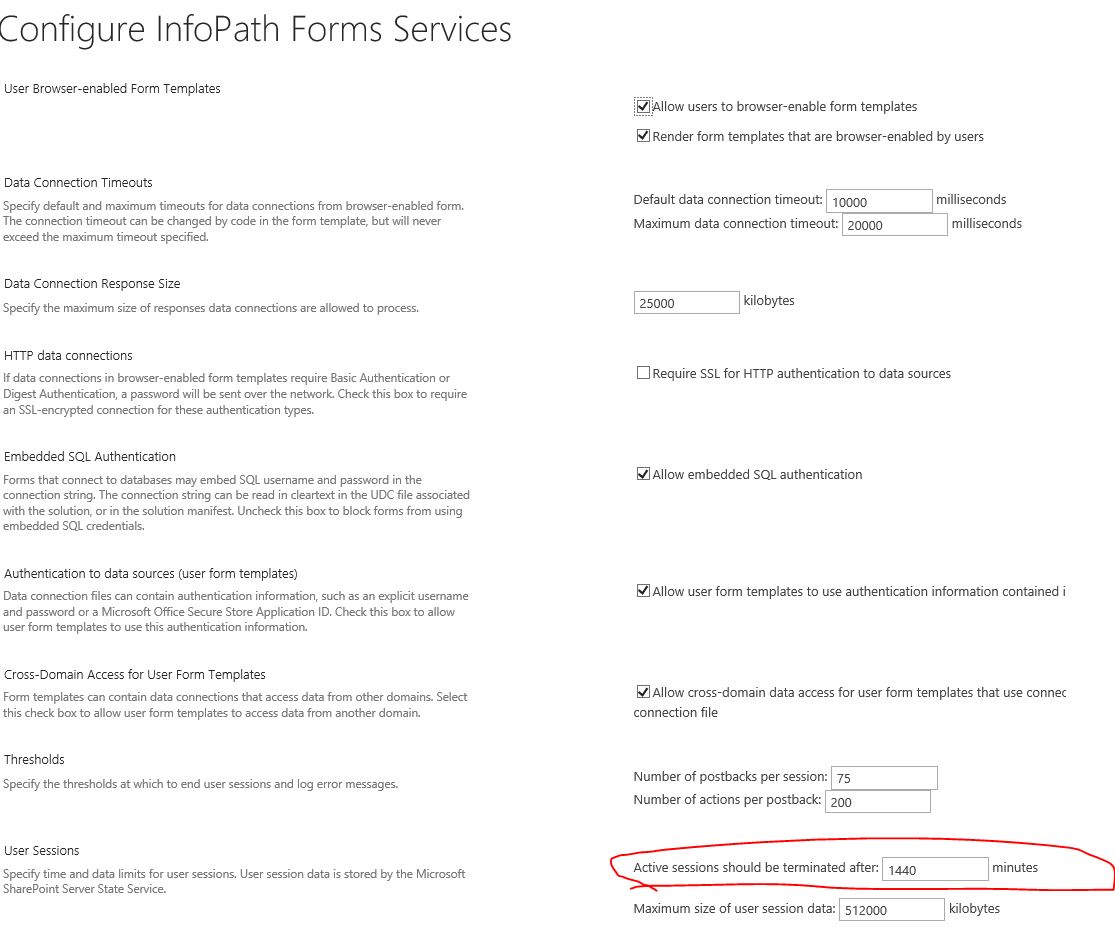 Here in my form the timeout is 1 day, so say after 20 hours I might popup an alert window.

Not the answer you're looking for? Browse other questions tagged infopath or ask your own question.

1
InfoPath forms not working when ViewFormPagesLockDown enabled
0
Does SharePoint secure or disable hyperlinks in InfoPath browser forms?
0
InfoPath form times out and fails with error
2
Why my recent changes in infopath form does not show in the browser?
1
Disable the Health-analyzer rule [InfoPath form library forms cannot be filled out in a Web browser]
0
Popup in Browser based - InfoPath forms - SharePoint Online
1
Need message box or alert to display session time out warning in infopath
2
Alternatives for InfoPath forms?