I am trying to clean up issues on SharePoint 2013. My Farm is an in place 2010 to 2013 upgrade. In Central Admin under "Servers in Farm" (/_admin/FarmServers.aspx) my Server is reporting that I have to do an upgrade. However, clicking on "Upgrade Required" doesn't get me anywhere.

I went into PowerShell and ran this command: "stsadm.exe -o localupgradestatus". I got the following error:

I ran the "Configuration Wizard" and reran the PowerShell command, I still get the same error.

Any Idea how to fix this? 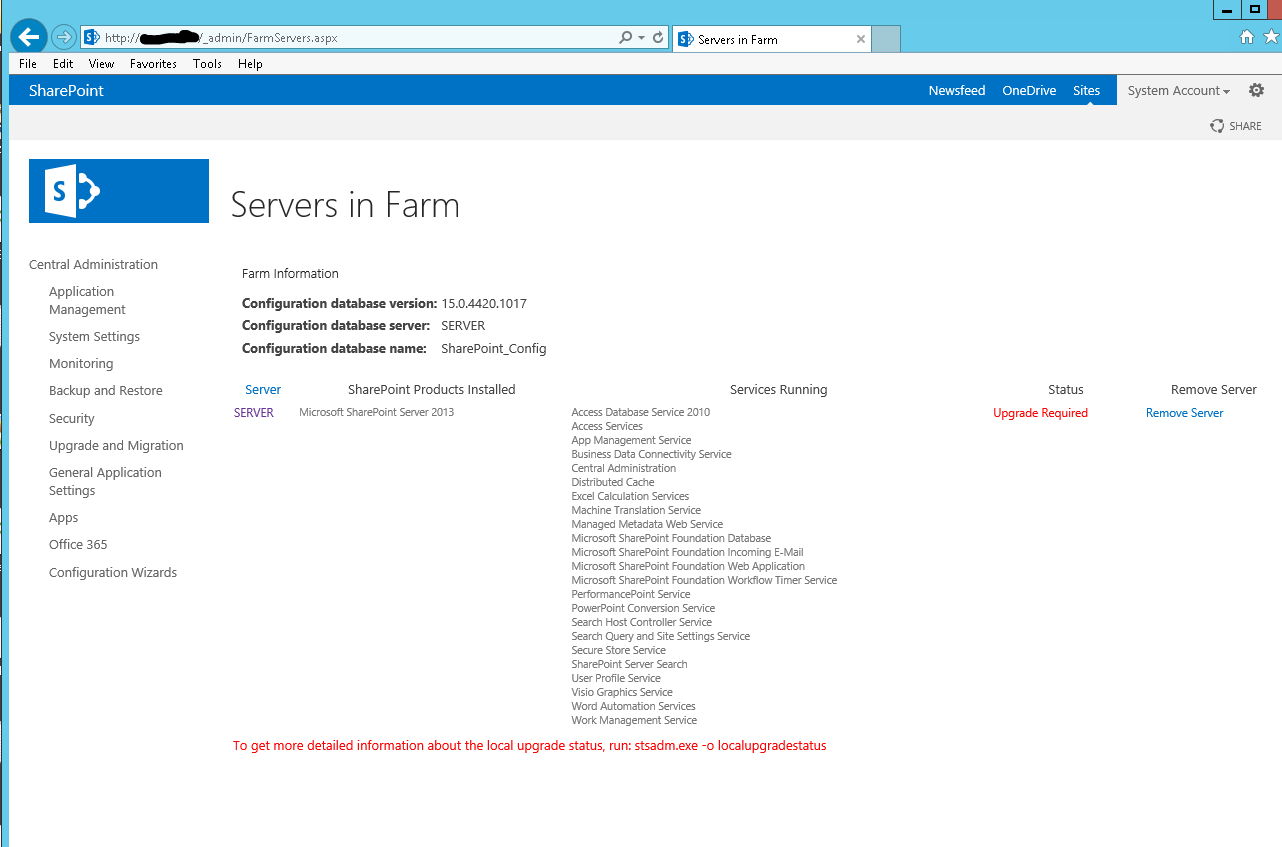 2013 central-administration upgrade stsadm
Share
Improve this question
edited May 2, 2016 at 17:10

Sharepoint 2010 to SharePoint 2013 inplace upgrade is not supported. I'd try to carve out a separate server for the time being in order to install SharePoint 2013 and pull over your content databases after you create a farm.

Not the answer you're looking for? Browse other questions tagged 2013 central-administration upgrade stsadm or ask your own question.