One of the web parts worked with 2016 directly (wsp created on 2013) but another one is not working so I am keen to understand the process of supporting and migrating 2013 web parts to 2016.

You need to install Microsoft Office Developer Tools Preview for Visual Studio 2015. then you will get SharePoint 2016 Template. 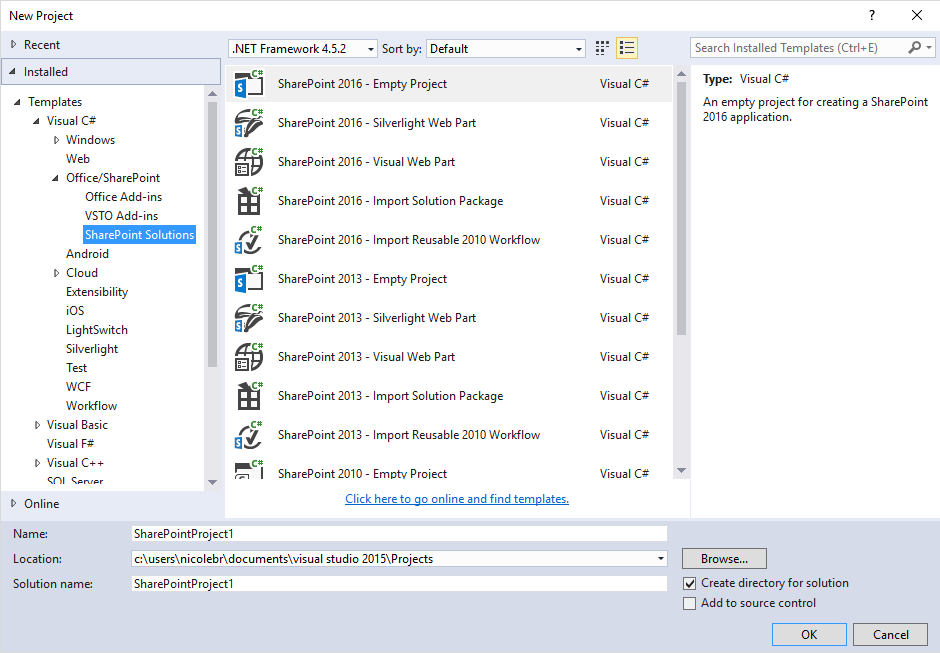 After installing this tool, just open your 2013 solution, it will be automatically converted to 2016. Then find the problems.

Not the answer you're looking for? Browse other questions tagged web-part 2016 or ask your own question.

2
Deploying WSP from saved as template - editing binary serialized web part in Visual Studio
1
SharePoint 2013 - WSPBuilder web-parts error
0
Could not load file or assembly 'Microsoft.SharePoint, …' or one of its dependencies. The system cannot find the file specified
3
SharePoint 2013 Upgrade
0
Refreshing a Web Part Without a Post back in SharePoint 2013
0
Copying Web Parts between pages in different web apps (SP2013)
1
Connect to SharePoint 2016 with Visual Studio