I am using InfoPath Designer 2013 to develop a custom form for a library in a SharePoint Online site. The form is in development, so I published it to a test site. One day when I tried to republish the form to update it, the form failed to publish, and InfoPath gave me an error message that seemed to have missing text: 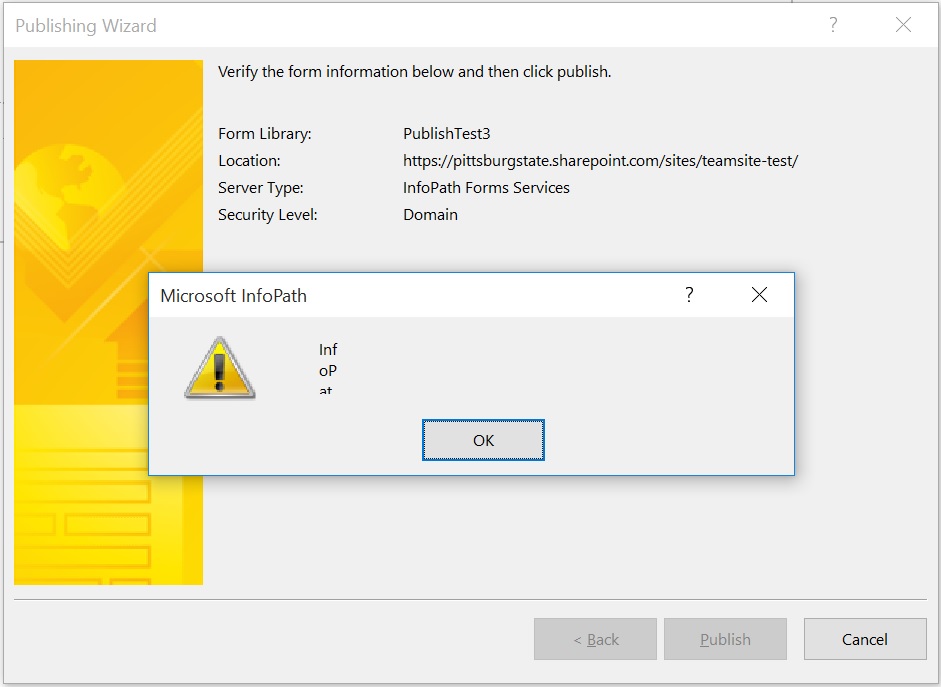 I thought that I might have inadvertently changed some setting on my form to cause the error, so I created a very simple form from scratch (just fields for first name and last name) and tried to publish it. I received the same error, so I spoke with the site administrator, who gave me a different test site to use. I was able to publish my forms to the second site, so I used it for testing but continued to try publishing on the first site. After about a week I was suddenly able to publish any form on the first site again (I have no idea why).

Browse other questions tagged infopath error publishing or ask your own question.