I’m signing in to my Office 365 portal with my global administrator account from the development machine where I have a SharePoint Server 2013 Enterprise farm upgraded to October CU 2015. In the SharePoint admin center I try to configure hybrid > Hybrid SharePoint Sites. 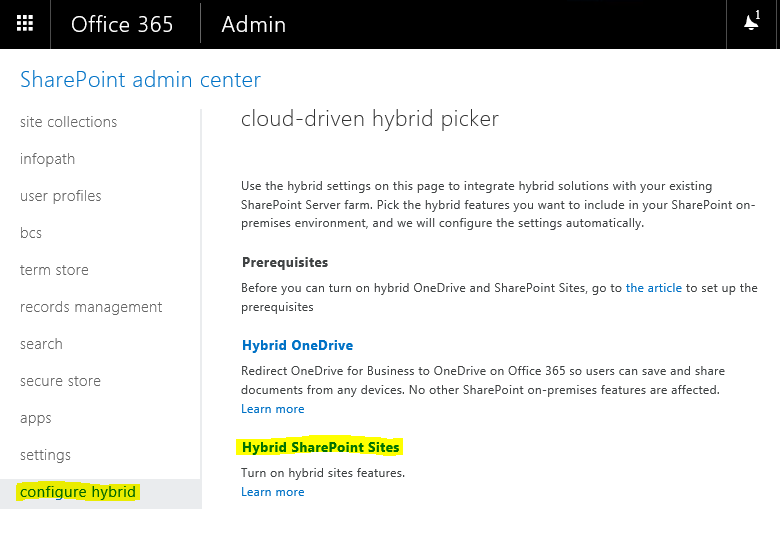 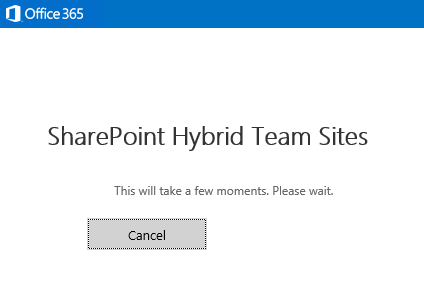 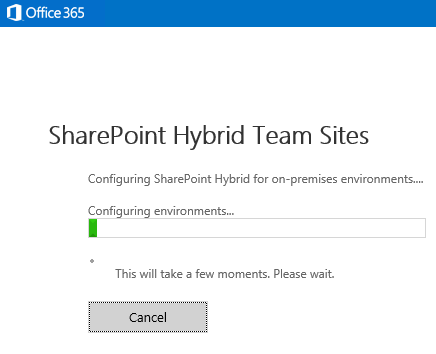 And then the error occurs:

An error has occurred.

One of the prerequisites is not met: the PowerShell command for SPO365LinkSettings does not exist in the SharePoint farm. Current SharePoint farm version is 15.0.4753.1000. As a prerequisite you should first upgrade to SharePoint 2013 with September 2015 product update and then re-run the wizard.

The link at the bottom is German, but I only got English, Swedish and Norwegian language packs installed (The second run gave an English result).

I already have the server patched to SharePoint 2015 CU, and I can’t find any Product Update for September 2015. Is this a wrong error message? Or is it something else I miss?

All the following is in place (checked twice).

Prerequisites to using the Hybrid Picker:

You need to run and configure these services:

on your on-premises SharePoint Server farm to avoid error messages while using the Hybrid Picker. In Central Administration, click Manage Services on server to check whether these services are in a started state.

The product group released the delayed September 2015 Cumulative Update for the SharePoint 2013 product family. No other CU is required to fully patch SharePoint when using these “Uber packages”.

Be aware that all Updates for SharePoint 2013 require SharePoint Server 2013 SP1 to be installed first.

Please also have a look at the article that discusses how to properly patch a SharePoint 2013 farm which has Search enabled (see below).

Previous releases of the SharePoint Server 2013 cumulative update included both the executable and the .CAB file in the same self-extracting executable download. Because of the file size, the SharePoint Server 2013 package has been divided into several separate downloads. One contains the executable file, while the others contain the CAB file. All are necessary and must be placed in the same folder to successfully install the update. All are available by clicking the same Hotfix Download Available link in the KB article for the release.

The KB articles for September CU should be available at the following locations in a couple of hours:

This command is part of SharePoint 2016 but also available for sharepoint 2013 after the September CU 2015. Could you please check the below link and make sure you met all the prerequisite.

Coming back a year after trying this feature again, the result was the same in my SharePoint Server 2016 environment. The script halted at the exact same spot. Going forward I remembered that I have set up sites as Trusted Sites in internet explorer for getting SharePoint Designer to work properly. This was of course a long shot, but worth the try.

And this time, without knowing why, it actually works. I now also have implemented Hybrid Search with splendid result. 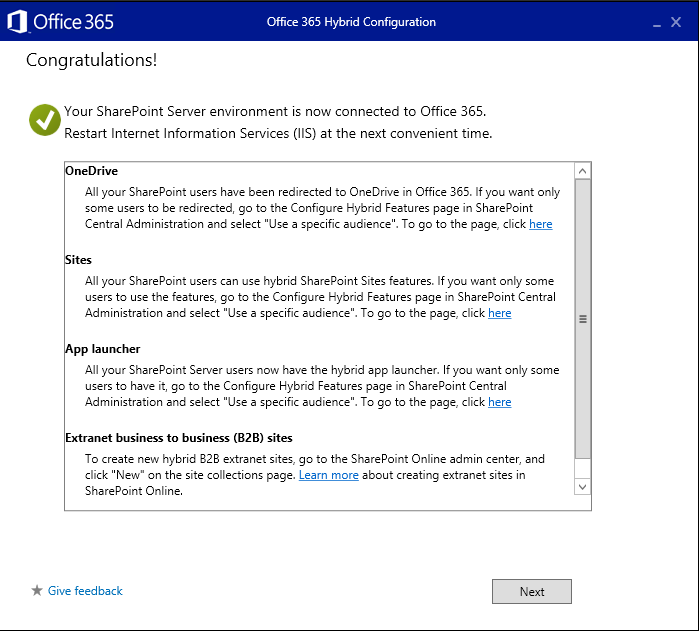 Not the answer you're looking for? Browse other questions tagged 2013 sharepoint-online office-365 hybrid or ask your own question.