When will the Silverlight web part reach end of life?

I understand that Microsoft will no longer support Silverlight when IE11 reaches end of life. Could the web part be removed from SharePoint before then?

I don't think there is a specific "end of life" for a web part in SharePoint. Which means that this web part will be available in SharePoint 2010 and 2013 and will not be removed by any update.

I expect to see all traces of Silverlight disappear from the next version of SharePoint. It has been a powerful and useful tool for rich media and interfaces, but it seems its niche approach has run its course. SharePoint 2012 (or 2013) will likely adopt HTML5 for everything Silverlight has previously been used for. Put bluntly, SharePoint and Silverlight have no future at all.

SharePoint 2013 has taken a different route, and while it’s possible to deploy Silverlight web parts, the primary elements of the UI have been built in HTML 5. This particular transition shouldn’t be too surprising; while it was not in a discussion about Silverlight itself, Dean Hachamovitch—Microsoft’s project manager for Internet Explorer—called HTML 5 “the future of the web.”

Here is the screenshot of my VM with SP 2016 and the Silverlight web part: 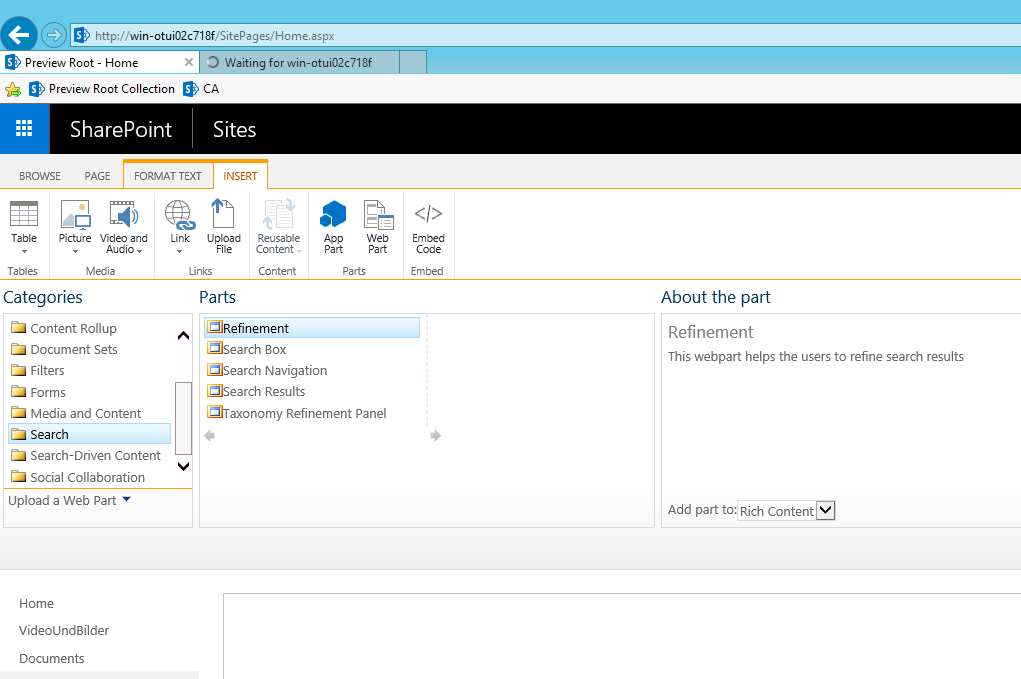 The end of life for IE 11 depends on the lifecycle of the server or operating system. If the server still hasn't reached "end of life" the the IE too.

Edge doesn't support Silverlight. So it means as long as you have a IE and a SharePoint that supports Silverlight (or Silverlight web parts) you will be able to use them. However, support from Microsoft is another question.

Not the answer you're looking for? Browse other questions tagged web-part silverlight or ask your own question.