Operation is not valid due to the current state of the object. The Solution installation failed

I have created a new sharepoint 2013 project to add custom site columns by following these steps https://msdn.microsoft.com/en-us/library/ee231593.aspx

now i want to deploy the solution to another server. so i did the following steps:-

then i run the following command to deploy the solution on the new server :-

but i got the following error :-

Operation is not valid due to the current state of the object. C:\customFields.wsp: The Solution installation failed.

can anyone adivce on this please ? 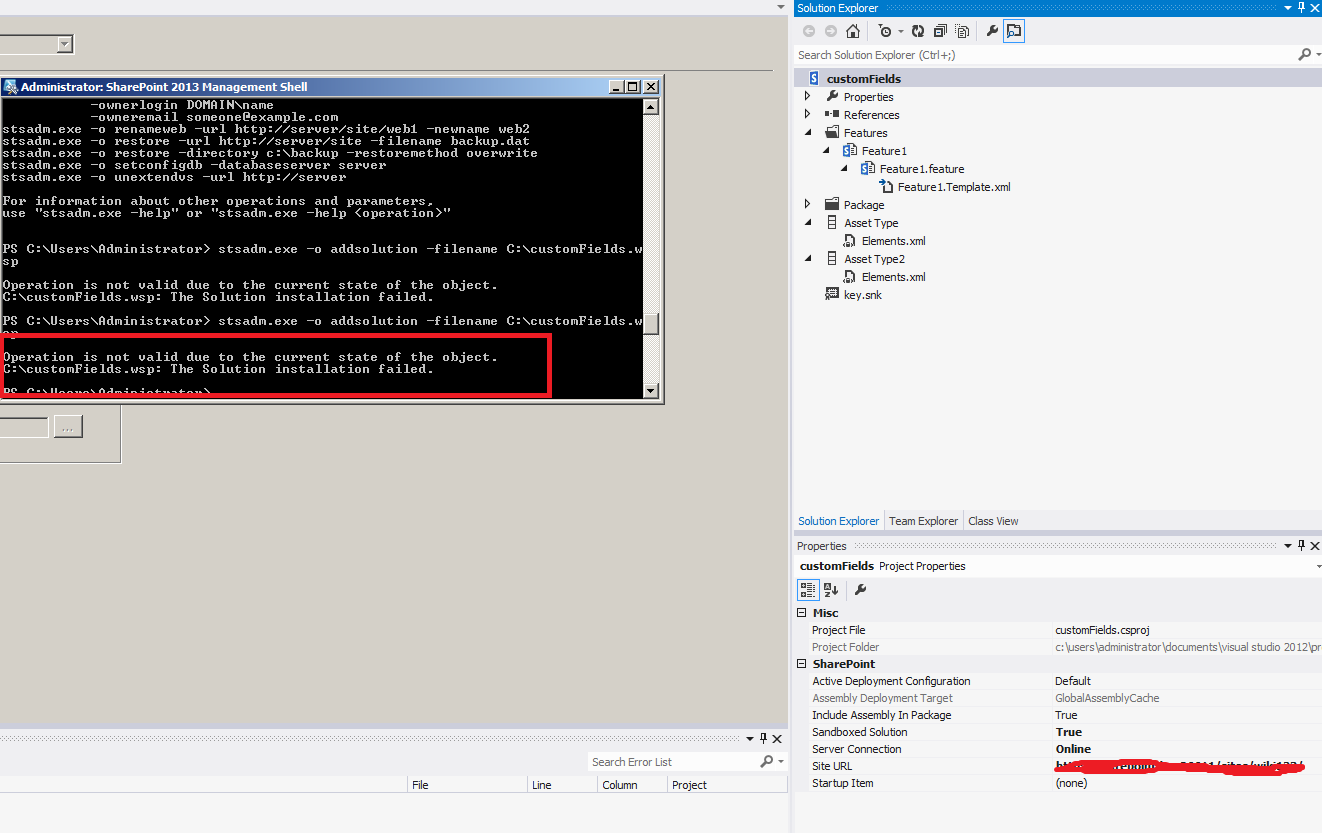 Browse other questions tagged visual-studio solution-package deploy or ask your own question.

1
How can I run post-package commands in Visual Studio 2010?
5
Building VS 2010 projects for SharePoint 2010 & 2007
4
Timeout while deploying VS2010 solution to SP2010
4
Sharepoint Project automatically retracts Visual studio
0
Problem while building wsp of a solution containing mutiple projects
0
Error in deployment step 'Activate Features'
0
What determine if a farm solution need to be activated at each site collection or not
1
Migrating custom solution from 2010 to 2013
0
Deployed wsp in SharePoint 2013
3
How to generate a .wsp file for my Event Receiver using visual studio to be deployed inside my live environment