I've a solution for SharePoint 2013 where I created several list and added them to a feature. When I deploy the solution to my dev environment every list has the same schema (the same columns).

They are all custom lists, made by me.

What am I missing?

For example, I created a list called "List1" with the columns Title and Image. Deployed it to SharePoint 2013 and it worked fine.

Also, the lists are deployed in a feature called "Lists". 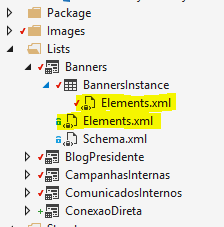 In the list instance Element.xml I changed the TemplateType from 100 (general list type) to 1000 (a number that doesn't represent any default SharePoint template type). 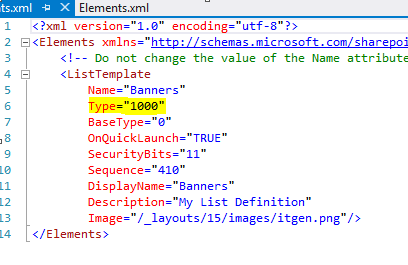 Not the answer you're looking for? Browse other questions tagged list feature solution-deployment custom-schema or ask your own question.

0
Relational style list lookups
0
List-driven solution needs to be deployed to two different web applications. What do I do?
1
Custom Workflow Feature not available in Site Features or Site Collection Features
1
Linking two lists to update when one or the other is changed
0
Two SharePoint lists with different names, but same contents error
1
Single View from Multiple List
1
Difference between Elements.xml and Schema.xml