I was able to download SharePoint Designer, and can run it, but it's rather pointless without SharePoint itself being installed.

I did, and this is what it told me when I selected "Which version of Windows am I using?"

I czeched out the link but it didn't tell me much.

I opened the properties for en_sharepoint_server_2010_x64_517467.exe, and experimented with selecting the "Run this program in compatibillity mode for [Windows 7]" checkbox/combobox combination on the Compatibility tab.

I then got the question in a dialog, "Did this program work correctly?"

I didn't know - I hoped so (hope springs eternal in the infernal human breast), but I was only at the beginning of the installation process, so it was too early to say whether it has been successful or not. But, not wanting to "launch the troubleshooter" (which is the next step if I select "No"), I selected "Yes, this program worked correctly".

. . .But it didn't really seem to install any prerequisites, so I selected "Install prerequisites" again, at which time it again

told me there were compatability issues...Argghh!!!

I then tried to go straight to installing SP Server 2010, and it told me I couldn't, because "the product requires Windows Server 2008 SP 2 or better"

So, I went to the "Visit Windows Update" link. That opened a page in IE (I use Chrome) that wanted me to install a Vista update control. I have never used Vista! Why does it think I'm using Vista? It said to use my start menu to check for udpates - but I have no Start menu!

Is there any way I can install Sharepoint Server 2010 on my Windows 7/8.1 machine?

Note: I also tried installing SharePoint_SP2_en-us.exe, and ran into installation errors with that, too.

I'm trying Mikhail's idea, and am running run.bat in C:\SharePoint2010EasySetup\Labs\EasySetup\Source

However, it looks a little scary from the git-go, with an exception right off the bat: 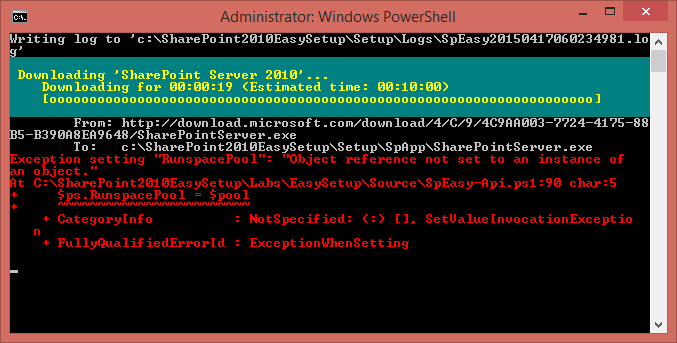 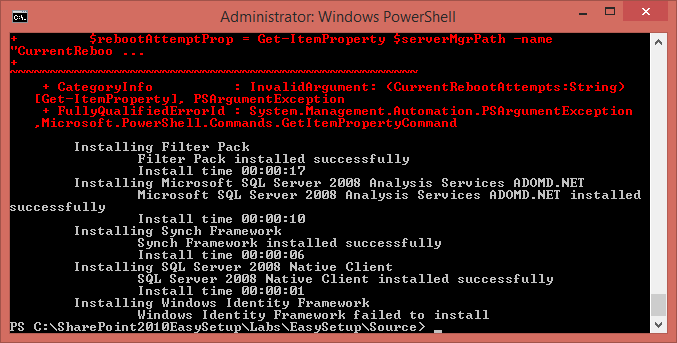 Responding to MikhailSP's update, I wanted to uninstall "Windows Identity" (the sticking point) in Control Panel > Uninstall or change a program, but I see no "Windows Indentity"

When I started up my laptop this morning, the PowerSmell window automatically came up and showed me what had installed correctly and what failed to install. Last night, I tried to dismiss the command prompt via "exit" which didn't work, then "abort" which did. This morning, "abort" did not work - it said "abort" was an unknown cmdlet! ?!?

So now this has become Snarepoint; every time I start my laptop, it tries to finish the installation of Sharepoint, and fails: 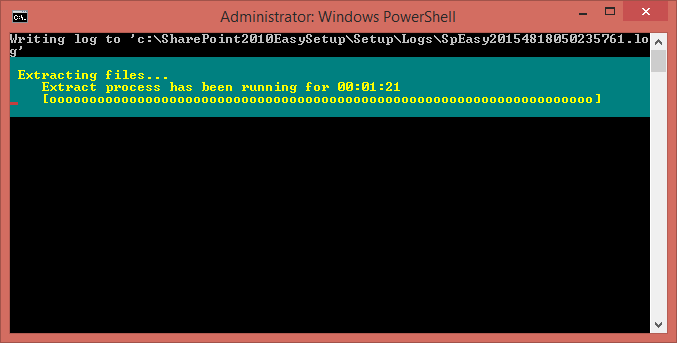 What can I do to tell it, "never mind - forget about this wild goose chase"?

2) In the target directory find the config.xml add the following line of text in configuration node . Now your configuration file would be something like below:

I would suggest you to try using SharePoint 2010 Easy Setup Script. It is an easy solution to just run and have all the necessary things for SP development installed on your Windows 7 64bit machine. You run the script and it downloads and installs all the prerequisities and necessary software (SP, SPD, VS, Office, etc.)

UPDATE: this script works only for clean windows install. If you had tried install some SP components before running the script, you can have some sort of issues. I have also experienced that, but when I installed it on the clean machines, it worked really well.

So, if you have a possibility to reinstall windows 7, probably, it would be the easiest solution.

If it is not possible in your case, try to delete components which fails manually and run the script again.

Ok, let's my method. I described it here but not in english, so will translate here. It allows to install SP to "not fully supported Windows versions".

1) Unpack Sharepoint ISO to some folder, example C:\SharepointInstall. Ensure that You downloaded the latest versin(with all integrated service-packs. not sure about en_sharepoint_server_2010_x64_517467.exe)

2) Download prerequisites. Use PS scripts that help with this task:

Before use, You probably should right click on downloaded file-> Properties-> “Unblock”. When scripts asks destanation folder - point C:\SharepointInstall. 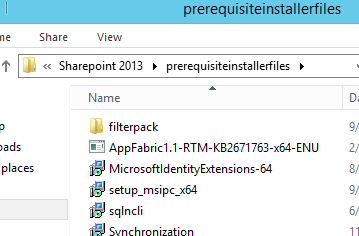 3) - For 2010: Run Prerequisites.exe. Installation should start: 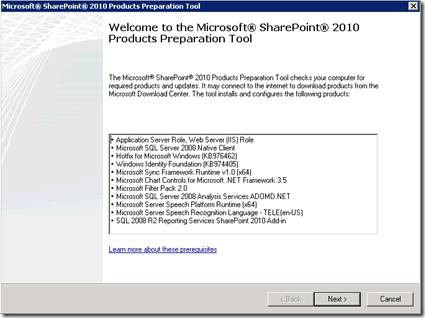 then close Prerequisites.exe and rerun it second time, error should be gone and wait for 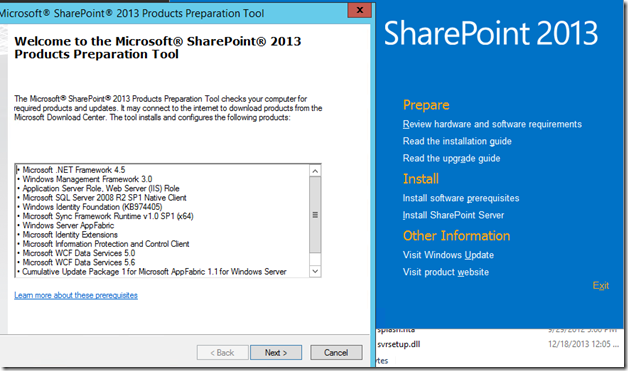 Install, restart as many times as needed, configure.

Of couse this method implies that You have clear new win installation with all latest packs already installed.

Looking at your Update 4 and reply to Milen Imo, what I understand is you just want to stop the powershell from running everytime. If that is the case, the reference to the script would be present in one of the following places.

If you remove the reference it should stop the powershell script from running. But ideally you should be able to uninstall SharePoint (or whatever you were trying to install the last - sorry but I think you have installed quite a few things and I've lost track of it :|) and the problem should go.. ideally!

The easiest way to achieve that is to not do it at all. There is always Windows Server 2008 R2 Evaluation.

Not the answer you're looking for? Browse other questions tagged 2010 installation or ask your own question.