How to change the Database server instance of the the existing sharepoint 2013, when its current SQL server database instance is corrupt?

we were able to retrieve the sharepoint databases(including config and content dbs) which were month old.

we tried running the configuration wizard, and also change the server setting running the cliconfg.exe (C:\windows\system32)

but it still points to the old server instance. can anyone please suggest how to restore these sharepoint sites without re-installing the sharepoint 2013 server

SharePoint does not have a direct way to change the SQL Instance of an existing database. So you have to work with the tool cliconfg.exe, which you already mentioned. As you did not give your old and new SQL-Instance-name, i will give you a sample scenario on how to use it:

You have to create a cliconfg Alias in the following way on all of your SharePoint Servers: 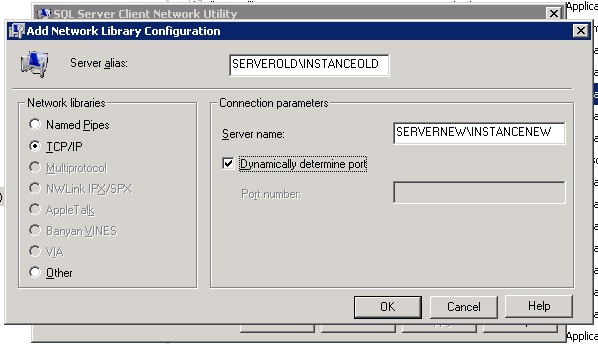 Not the answer you're looking for? Browse other questions tagged sharepoint-server sql-server-2012 or ask your own question.