I have a document library in which the users create new document from the template. I want to display the version number of document in the header.

I performed the steps which are described in this article.

It shows the version correctly until it is major version.

When the document is published and gets major version then it displays minor version only.

For ex: I performed the following steps.

Below is the image of document library view which displays the correct version.

Below is the image of document which displays the incorrect version. 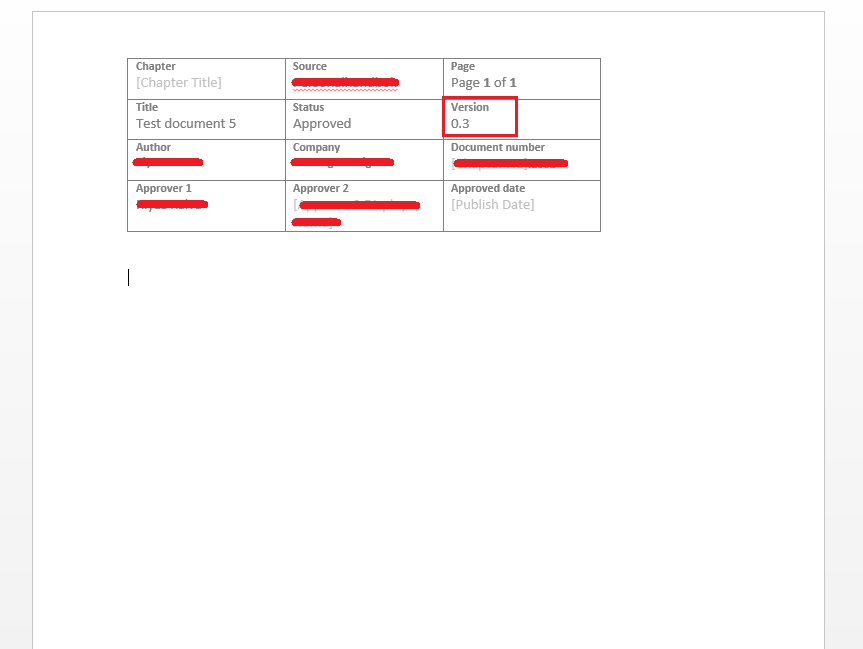 because you can publish when a document is opend, (usually cannot edit properties when the file is open) in the list a version dispay 1.0 and in document it's until display 0.3.
for refresh properties in the file reopen it

Not the answer you're looking for? Browse other questions tagged 2013 versioning document-template or ask your own question.

3
How do we sync the version on a physical document with the version tracked in SharePoint?
0
Strange behaviour Generic List
2
Document Library-Major and Minor Views
0
Keep first document version and last “X” number of versions
2
511 limit for minor version is per item or per library
0
Turning on document library versioning with existing documents
3
What possibilites one has concerning the version control of documents?
1
Is there a CSOM equivalent of SPFile.TakeOffline - Unpublish last Published Major version when there is a Draft version
2
How to overwrite version of a file using CSOM?
1
Powershell script to check if the migrated document libraires contain all the on-premises verisons