on some computers we have the problem that users are not able to open a Word document from Sharepoint.

It says that an "Undefined error occured" when starting the Word web app: 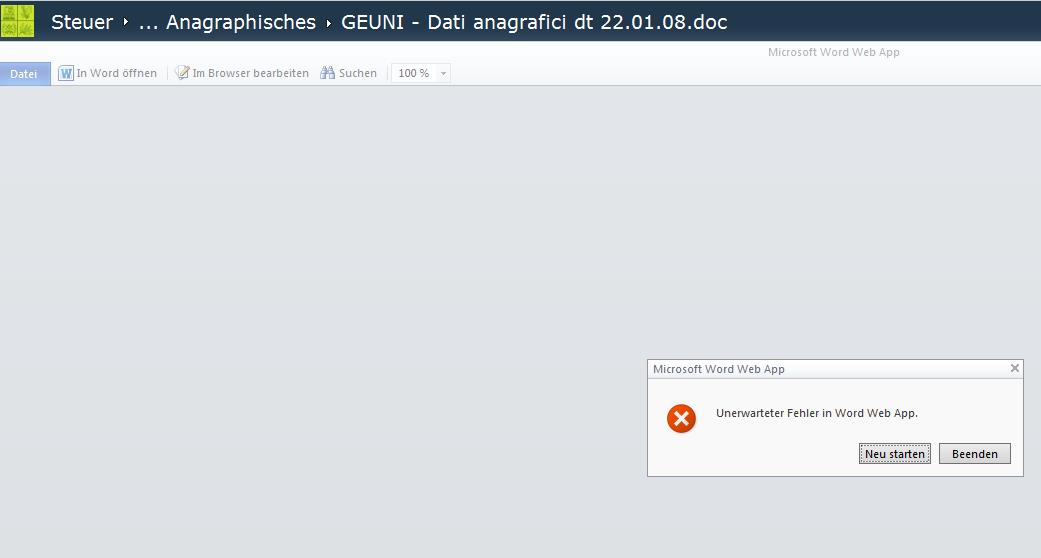 I discovered that on that machines the 4 Sharepoint Addins are only 32 bit:

Could that be the problem?

As far as I understood, these addins are installed with Office. I tried to reinstall Office 2013, to repair it but it did not help. The addins are still missing...

Computer configuration that has problems:

Any suggestions on how to resolve this issue?

Additional Info: the task manager shows me 2 iexplorer.exe processes; one for 64bit and one for 32bit; but there is only one IE running. 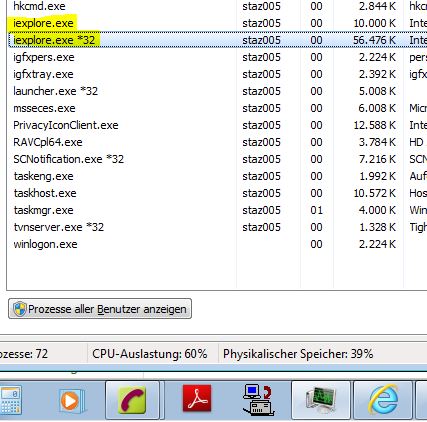 Browse other questions tagged word office-web-apps or ask your own question.

2
SharePoint 2010 Excel Web App
3
OpenOffice, SharePoint 2010 and Office WebApps
1
List contains a URL to a word document in SharePoint and needs to open in the web app and not the client
1
Lookup column missing from document properties list
1
Word 2013 loading documents from a Sharepoint 2013 library very slowly
1
Suddenly missing icons in the Office 365 App Launcher
1
Scroll bars missing in the saveas window to save a Word document to another folder
0
Document template connects to the wrong tenant/term store - sharepoint online
2
Open in explorer in other browsers?